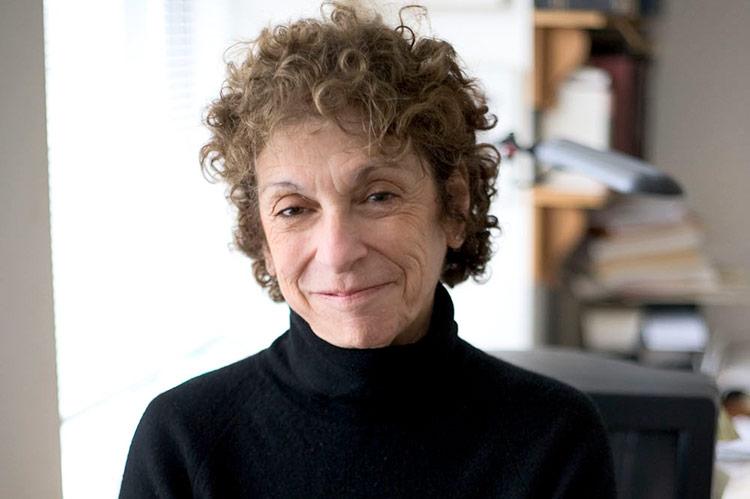 Roy often said, “You never know when it’s the last time.” I don’t recall him saying it in reference to a specific kind of event or, in fact, any event at all. He was given to gnomic observations — and the way they punctuated his everyday speech was one of the things that endeared him to me from our first meeting through over half a century of marriage.

So I doubt he was thinking “last time” on Jan. 2, 2010, as he walked down the driveway of the Montauk house where we had shared 36 years of summers and weekends, where he had built a greenhouse to start summer vegetables from seedlings, where he had built a telescope to look at the stars, where he rolled out the dough for challah on Friday and pasta on Saturday, where we watched the winter sun rise over the ocean, and sat among the treetops on hot summer days.

The plan was to stay over a few days after the holiday week had passed. As always, he had prepared the evening fire after breakfast. Roy built a never-fail fire — crushed newspaper, kindling twigs, and split logs from the dense woods that surrounded us. But then came news of a severe snowstorm on the way and, soon after, the offer of a lift home. We walked down the driveway together without a backward glance. No need. We would be back in a few days.

I returned alone in early April. Roy had died suddenly — but not that surprisingly — in March. We had planned several weekends, but as Friday approached we found one reason or another not to go. The weather looked forbidding or there was something interesting to do in the city. What we never said to each other, could hardly bear to think ourselves, was that his weak heart was not up to the three-hour trip, let alone close enough to Southampton Hospital. It would not have mattered. But such is the nature of the “last” time: Plans don’t matter.

The house was sold in 2012 — the carefully laid fireplace just as Roy had left it.

I am 83 years old, five years older than he was when he died, and hardly a day passes when “the last time?” does not flit through my mind.

And yet every time we walk down the driveway, pick up that book, roast this chicken, watch the spring come again is more than a potential last time. It is also another time (enriched by all the preceding times) and a first time (something about it will be always be new).

Nine years after his death, I remember that we sat in the back seat of the car and, from the front, were passed a bag of Reese’s peanut butter cups. Neither of us had ever had one. Roy was not one for candy but clearly enjoyed them and, to my amazement, helped himself to a handful.

The first thing you see when you enter my city apartment is a six-foot-long marble shelf under a 4-by-6 framed mirror. No sooner do I describe the length of the shelf and the height of the mirror than I remember their incredible weight, the effort to get them constructed in three separate workshops, how we struggled getting them into the car, in and out of the elevator, mounted on the wall, the fear they would crash to the ground in the night. And the relief that first morning. They are still there. (After three decades, it is all but certain they will survive me.)

There is a candy dish on one side of the shelf. It gets most use as guests are leaving, those last few minutes when we hover by the door saying goodbyes, reviewing what we will do next, anticipating when we will meet again.

Mints are usually there. And chocolate kisses. I watch closely only when someone selects a Reese’s peanut butter cup. It is not enough to remove the gold outer wrapper, you also must peel off a brown paper frill almost indistinguishable from the gleaming bite within.

That it takes a bit of work is as it should be. Not a hard-won pleasure, just one that takes a moment of time and fills it with sweetness.

Ann Burack-Weiss is the author of “The Lioness in Winter: Writing an Old Woman’s Life,” from Columbia University Press. She has lived part time in Montauk for 45 years.