The smoke alarm went off, but she slept right through it 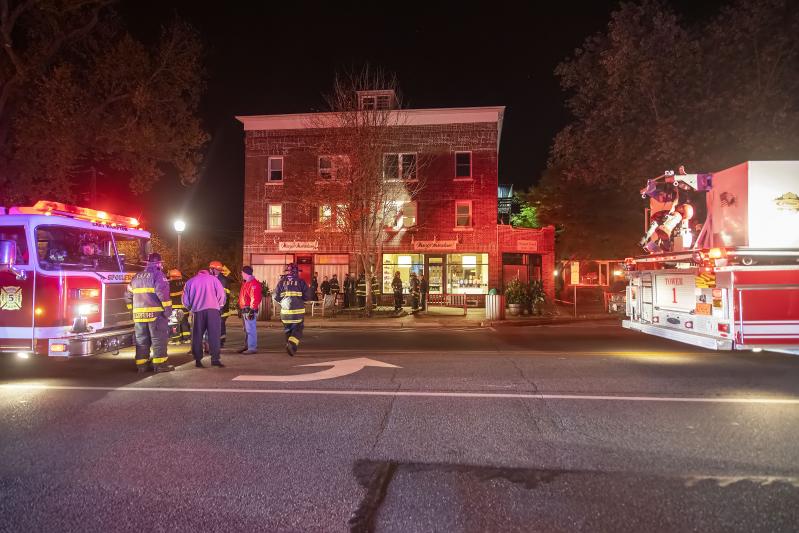 The East Hampton Fire Department were called for a smoke condition coming from a second-floor apartment.
Michael Heller photos
By Taylor K. Vecsey

Thanks to neighbors who smelled smoke, a woman who fell asleep early Sunday morning with a pot on the stove was awakened by first responders before the situation got out of control.

Tenants of 105 Newtown Lane reported smoke coming from one of the second-floor apartments at 1:10 a.m. (Mary's Marvelous is on the first floor). When East Hampton Village police and Brian Stanis, second assistant chief with the East Hampton Fire Department, arrived they found "a smoke condition" coming from a locked apartment. Smoke had entered the common hallways, and there was a burning odor, Chief Gerard Turza Jr. said.

"As no one was answering the door, Second Assistant Chief Stanis forced entry into the apartment, where, assisted by [police officers], they located and roused the sole occupant of the apartment, who was sleeping," the chief said.

An unattended pot on the stove was the culprit. The tenant, a woman, had fallen asleep. Her smoke detector sounded, but she did not wake up.

Chief Turza said firefighters were prepared for "the worst-case scenario,” but “it was quickly determined to be minor."

Firefighters ventilated the apartment. East Hampton Village Ambulance Association volunteers were at the scene, but no injuries were reported.

Emergency personnel were out of the building by about 1:45 a.m. 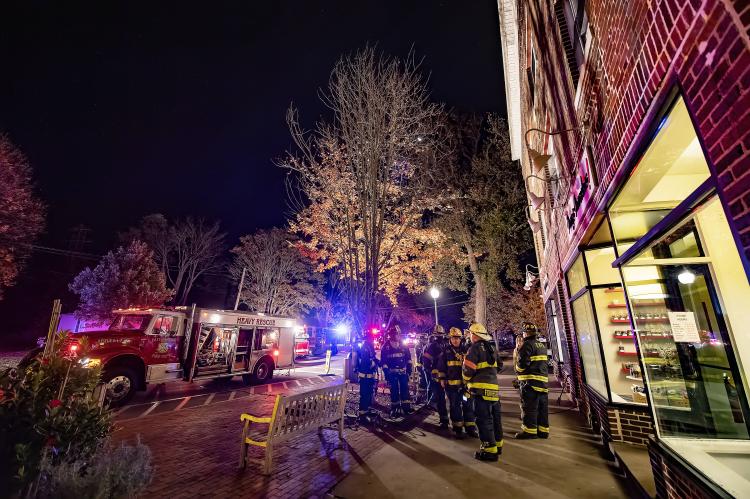