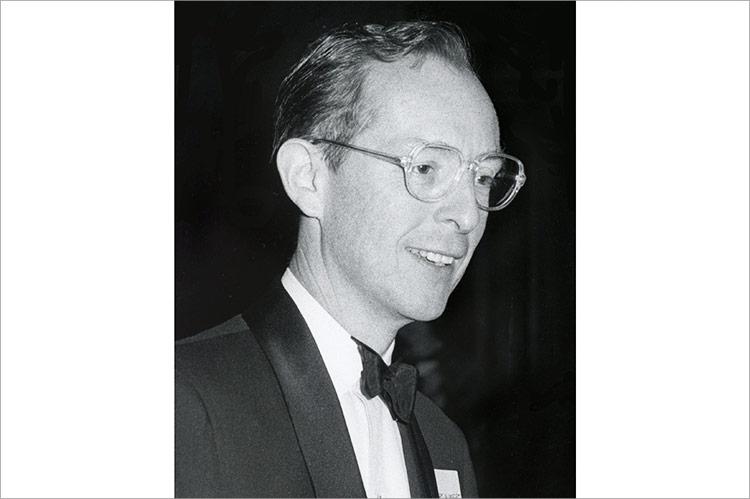 Robert G. Goelet, a business and civic leader, naturalist, and philanthropist, who with his wife, Alexandra Creel Goelet, had been steward of Gardiner’s Island in East Hampton since the 1980s, died on Oct. 8 at his home in New York City. He was 96.

Mr. Goelet was a purposeful man of insatiable curiosity who rarely left a stone unturned or a path untaken, his family said. He was generous, self-possessed, even reserved, but also charming with a lively sense of humor, they said. He was at home in New York society, corporate boardrooms, and the natural world that he explored and cherished.

With flora and fauna of many regions around the world providing a graduate education, Mr. Goelet had a lifelong affection for ornithology and also had, as he described it in a 1976 New Yorker profile, a “weakness for insects.” He assembled an extraordinary collection of bees, which he donated to the American Museum of Natural History, and helped create a reserve to protect one of the world’s largest penguin colonies in Argentina’s Patagonia region.

As president, trustee, or benefactor, he had a broad reach and sway over the institutional life of New York City and beyond. He was president of the New York Zoological Society (now known as the Wildlife Conservation Society), the American Museum of Natural History, the New-York Historical Society, and the French Institute-Alliance Francaise.

For his contribution to French culture he received the Officier de la Légion d’Honneur in 1982 and Commandeur de l’Ordre National du Mérite in 1987. He also served on the boards of the National Audubon Society, where he was treasurer; the Carnegie Institution for Science; Boscobel, a historical house on the Hudson; Phipps Houses in New York City; the Holland Society; the New York Genealogical and Biographical Society; Brooks School in North Andover, Mass., and the faculty of the Museum of Comparative Zoology at Harvard University.

At the Bronx Zoo and the Natural History Museum, two of his enduring favorites, he significantly grew the endowment, his family said. His institutional connections spurred his travels, including adventurous trips to Argentina, camping out and driving thousands of miles across dramatic landscapes with challenging roads and unscheduled stops to scoop up parts that fell off the car.

Mr. Goelet funded a documentary, “From the Pampas to Patagonia,” that he and William G. Conway, a former director of the Bronx Zoo and Wildlife Conservation Society, filmed together, both celebrating what they saw and urging its preservation. The film showcased torrent ducks, which can paddle up rapids, Magellanic woodpeckers, and elephant seals. It was shown in schools in the United States and in Argentina.

His travels took Mr. Goelet to many remote locations around the world, and he often returned with specimens for the zoo or Natural History Museum. A friend tried to persuade him to become a professional ornithologist or entomologist, but he felt that his business responsibilities took formal precedence, particularly the family’s real estate enterprises, which had been favored with an advantageous early start.

The first Goelet to arrive in this country was 10-year-old Jacobus, who came from Amsterdam in 1676 and became a bookseller and stationer in what is now Hanover Square in Manhattan. Jacobus’s grandson Peter, a Revolutionary War-era ironmonger, also had the foresight to buy property on the city’s northern fringe. By 1880 the land generally known as the Goelet Farm had expanded well beyond its former 14th Street limits to Midtown.

Robert Goelet’s father, Robert Walton Goelet, managed the family’s affairs, and had houses in New York, Newport, and France and a fishing camp on the Restigouche River in Canada. In 1921 he married Anne Marie Guestier, whose family was a partner in the French winemaking company Barton & Guestier. Robert Guestier Goelet was born on Sept. 28, 1923, in the family chateau at Amblainville, France.

A brother, John Goelet of Washington, D.C., survives. A sister, Beatrice Goelet Manice, and a brother, Francis Goelet, died before him.

Mr. Goelet began his education in France before continuing his schooling at the Brooks School and Harvard University, where he was in the class of 1945. His studies were interrupted by the Japanese attack on Pearl Harbor, and at the end of his sophomore year he enlisted in the Navy. He went to flight school and earned his naval aviator flight wings as an SB2C Helldiver pilot. The war ended as he was scheduled to be deployed overseas.

On his discharge he returned to Harvard, completed his studies, and received his undergraduate degree. Not long after, in 1949, he took a trip to South America, charting a life-altering course leading to many return trips and his intensifying involvement with birds and nature.

In addition to his stewardship of the family’s real estate and investment interests and as trustee for 42 years of Chemical Bank (co-founded by Peter Goelet in 1824; now JP Morgan Chase), he was a board member of City Investing Co., Home Insurance Company, and Fifth Avenue Coach. His pilot training and interest in air transportation led to his becoming a director of New York Airways. In 1957 he became a director of Air America, an air charter company financed secretly by the Central Intelligence Agency.

He was introduced by mutual friends, Bannon and Barnabus McHenry, to Alexandra Gardiner Creel on a January snowshoe hike through Harriman State Park in Sloatsburg, N.Y. Ms. Creel at that time was a candidate for a master’s degree in forest science from Yale University’s School of Forestry and Environmental Studies, which she received in 1976.

Soon after their first meeting, Mr. Goelet received an invitation to join Ms. Creel to collect voles on Gardiner’s Island. Their complementary interests and personalities blossomed into a love affair with each other and with the island itself.

They married and honeymooned on the island in 1976, after which their friend Brooke Astor gave a formal celebratory dinner for them in Manhattan. Mrs. Astor decorated the party space with large painted sketches depicting whimsical scenes of the couple, on Gardiner’s Island, viewing the 59th Street Bridge, and fishing on the Restigouche River. The panels were converted to screens and remain in the dining room of the Goelets’ Sutton Place house.

Their daughter, Alexandra Gardiner Goelet, was born in 1977 and their son, Robert Gardiner Goelet, the year following. Mr. Goelet remained actively involved in business enterprises as well as civic, social, and philanthropic activities. Nonetheless, family life and a mutual commitment to preserving Gardiner’s Island exercised an increasingly appealing and dominant pull on his attention and time.

The 3,300-acre island had come into the Gardiner family in 1639 when Lion Gardiner bought it from the Montaukett Sachem Wyandanch. Gardiner named it the Isle of Wight and in his will left it to his wife, Mary Deurcant Gardiner, who, in turn, left it to her son, David. It was she who declared that ownership of the island be continued to the first male heir of every Gardiner generation, which continued into the 19th century.

Upon taking on its stewardship, Mr. and Mrs. Goelet maintained the island as a bird sanctuary, while restoring its colonial buildings and natural habitat. Together they mowed the fields, cut their own firewood, and erected platforms on which ospreys built nests. Mr. Goelet collected bees and discovered at least three species new to New York State and at least two entirely unknown to science. His collections from the island, augmented by bees from Canada, Colombia, and Iceland, were among the total 20,000 Hymenoptera he donated to the Museum of Natural History. In gratitude for his support, a genus found in Peru was named after him, Goeletapis.

Mr. Goelet particularly liked daffodils. On one occasion, a boat pulled up to the Gardiner’s Island dock with thousands of bulbs, rather than the hundreds he had ordered. He and the island could accommodate such felicitous surprises. He simply started planting with a bulldozer.

Deeply committed to preserving Gardiner’s Island in its undeveloped state and as a family home, he and Mrs. Goelet shared a vision of the family as stewards responsible for passing the legacy of Gardiner’s Island down to future generations.

Mr. Goelet chose to have his remains buried on Gardiner’s Island instead of in his family’s mausoleum at Woodlawn Cemetery. His service will be private.