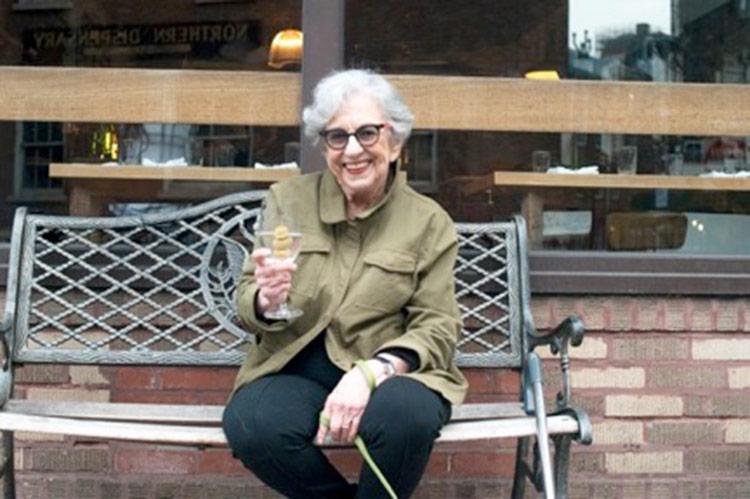 In the early 1990s I settled on Christopher Street, snagging an apartment with beamed ceilings, bookcases galore, and a wood-burning fireplace. What’s more, the second-story windows provided a perch for keeping an eye on neighborhood happenings.

My block had a clutch of hedonist haunts: darts at Kettle of Fish, sing-along at the Duplex, bongs and booze sold side by side. I could purchase an adorable puppy, finger sexy underwear, meet the L.G.B.T.Q. crowd at the Stonewall Inn, stop at Bar 55 for cool jazz.

But it was a gustatory wasteland. So with joy — and hope for better food — I yelled adios to the subpar Argentinean joint that had replaced Les Deux Gamins, an intimate bistro run by two Frenchmen whose cigarette ashes just missed the onion soup.

I watched the newly vacated space across the street morph into a Zagat-touted hot spot replete with tin ceilings, exposed brick walls, and extremely loud rock music. The hands-on new owner — the restaurateur Gabe Stulman — called his venture Joseph Leonard, in honor of his two grandfathers. As Gabe put it, “There are few things more charming and with more heart and soul than a West Village corner.”

Never mind the music wasn’t Rodgers and Hart, I felt welcomed by staff. In short order they knew my name, the name of my dog, and what I drank — vodka martini, straight up, ice and olives on the side. Although my senior status and gray hair upped the demographic age, generational differences took a back seat. We schmoozed and told stories, sharing must-see, must-read lists.

I loved my nirvana on the corner where I savored chance encounters with all comers — locals, tourists, art and film mavens, even an occasional boldface name.

Meanwhile, animated by the vibes of his contented customers, Gabe launched another local eatery — across the street from Joseph Leonard, on the corner of Waverly and Christopher, just few doors from my building.

He called it Jeffrey’s Grocery, and plied organic vegetables and fresh seafood, all the while selling glasses of beer and wine. Soon he jettisoned the grocery-cum-bar concept, determined that Jeffrey’s needed a radical makeover, including a full liquor license (perhaps on the advice of his accountant or some neighborhood lushes).

The prospect of applying to the Community Board must have triggered high anxiety. Community Board 2 was notorious for stinginess with new liquor licenses. Meetings were said to be raucous, even grueling. Applications frequently pitted neighbor against neighbor; some argued that a new license on their block would ruin people’s lives.

Gabe asked me to come to the next board meeting and speak in support of his new venture. So began my maiden skirmish in N.Y.C.’s internecine war over booze.

On a Tuesday night midwinter: Meeting room packed. Applications argued. Passionate differences. Then my turn to speak. I detailed the ways in which Gabe and his staff had turned the neighborhood into a spirited community. Then I got to the nub: “I’m not getting any younger, and it seems a shame that I have to cross the street on a cold, dark night to get my martini.” Applause followed.

If you go to Jeffrey’s and ask for a “Phyllis,” you just might get a vodka martini, straight up, with ice and olives on the side.

Phyllis Kriegel of Springs is a former editor of New Directions for Women magazine and an artist who has shown her work at Ashawagh Hall.