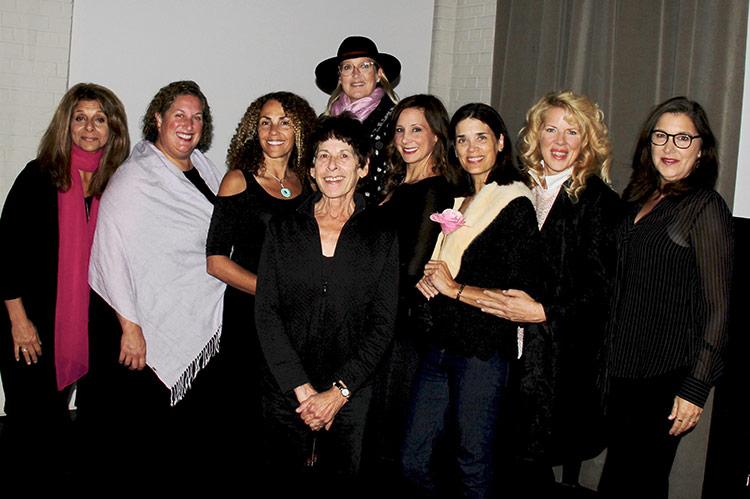 A diverse group of women who are active in the community will take part in a reading of "Love, Loss, and What I Wore" in Southampton on Saturday.
Durell Godfrey
By Mark Segal

A reading of “Love, Loss, and What I Wore” by Nora and Delia Ephron will be performed at the Southampton Arts Center on Saturday at 2 and 8 p.m. in honor of Breast Cancer Awareness Month and National Mammogram Day.

“Love, Loss, and What I Wore” was first presented at the Bridgehampton Community House before opening on Broadway in 2009. It is based on Ilene Beckerman’s book of the same name, which Publishers Weekly described as “a wry commentary on the pressures women constantly face to look good.”

The Ephrons developed it into a play of monologues and ensemble pieces about women, clothes, and memory, with specific segments dealing with black as a wardrobe staple, the horror of dressing rooms, bra-buying, and, in what Charles Isherwood of The New York Times called “the smartest and shapeliest piece of writing in the show,” the purse, as contemplated by Nora Ephron.

The Broadway production ran for more than 1,000 performances and featured rotating casts and more than 120 actresses. When the play opened in Los Angeles in 2010, Jay Reiner of the Hollywood Reporter observed, “The heart of the piece deals with female identity itself and how clothing and accessories are ways of expressing that identity. There’s a surprising resonance to the piece that very likely transcends gender.”

Tickets are $20, $15 for members. A portion of the proceeds will benefit the Coalition for Women’s Cancers at Stonybrook Southampton Hospital. Coalition representatives will be at the center before and after each performance to provide information and schedule mammograms.