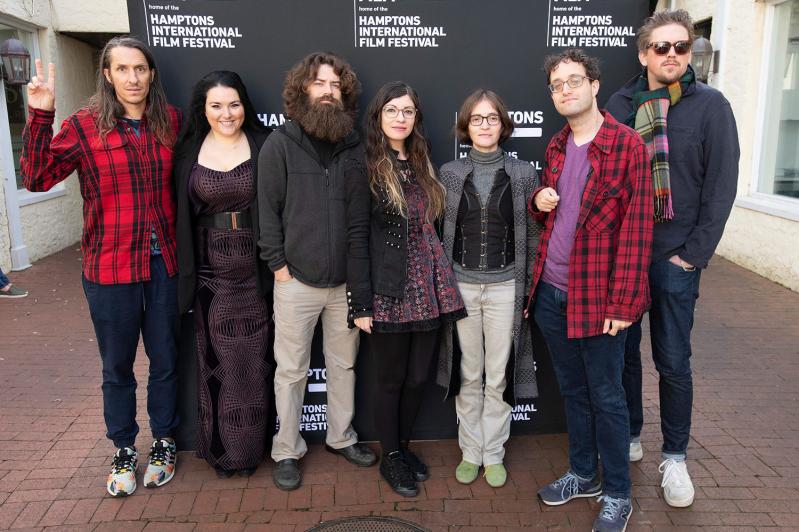 Some of the filmmakers whose work was in competition at this year’s Hamptons International Film Festival participated in a talk at Rowdy Hall on Sunday.
Doug Kuntz
By Jennifer Landes

Awards for the 27th Hamptons International Film Festival were presented on Monday morning in East Hampton.

Miguel Ioann Littin Menz was presented with a special cinematography award for his work on “The Vast of Night.”

“The Best of Dorien B.” received a breakthrough achievement in filmmaking award. It was directed by Anke Blonde.

Special jury mentions for acting performances went to Ida Mekkin Hlynsdottir in “A White, White Day,” Mama Sane in “Atlantics,” Corinna Harfouch in “Lara,” Kim Snauwaert in “The Best of Dorien B.,” and Sierra McCormick in “The Vast of Night.”

Special jury prizes given to Alla Kovgan’s documentary “Cunningham,” Suhaib Gasmelbari’s “Talking About Trees,” Lasse Linder’s “All Cats Are Grey in the Dark,” and Alexander A. Mora’s “The Nightcrawlers.”

On Tuesday, the festival announced its audience awards went to “The Two Popes,” by Fernando Meirelles, for narrative feature; “Oliver Sacks: His Own Life,” by Ric Burns, for documentary feature, and “Fire in Paradise,” by Drea Cooper & Zackary Canepari, for short film. Trey Edward Shults, the writer and director of “Waves,” received the $10,000 inaugural Zicherman Family Foundation Screenwriting Award. "Waves" was the closing night film of the festival.