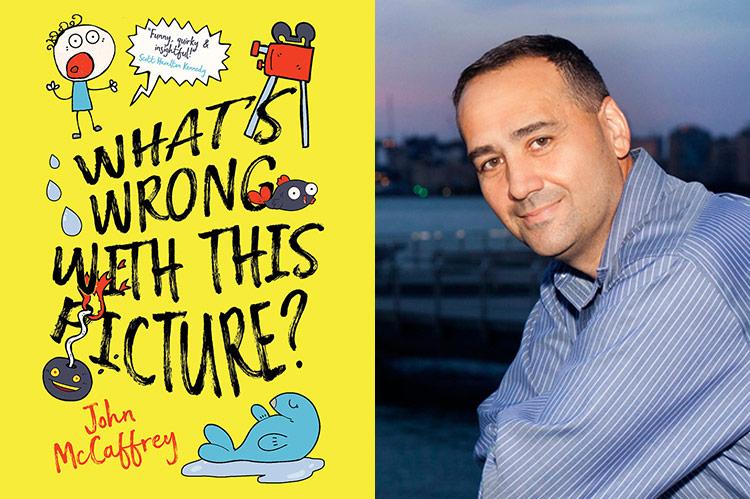 “Chicken Soup for the Soul” meets “The Twilight Zone” is the vibe in John McCaffrey’s new short volume of 11 brief stories. A gently wry perspective marks the off-kilter-inspirational, satirical slant to these funny, weird pieces. Meanwhile, the title of the book sets the stage for a variety show lineup of the slightly off, a hint of the underbelly.

Mr. McCaffrey takes up a roster of characters plucked from various corners of an equal-opportunity imagination: a rent-controlled apartment obsessed artist, a bossy presenter called Mr. Brand, a smitten college student, an actor who might not be acting, a captain with a story to tell. Mr. McCaffrey’s tone is easygoing, as in a homily, and the scope of these stories is limited, as in vignette-style prose. The narratives go along without too much of a care, then trip at the end into holes where deeper concerns surely lie, food for thought past the final punctuation of the story at hand.

“Scrooge in Psychotherapy” finds Ebenezer in a post-visited, post-awakened slump, back to his old attitudes; meanwhile, Freud, Marx, and Darwin, deftly encapsulated, are cast as spirits dropping by to help Scrooge along — but perhaps too late. “Tombstone Love” introduces one Harold Extol, a pushy gravestone salesman who reassures his customer with double-talk logic and just the wrong phrase that rings so dubiously in the reader’s ear.

In “Bear Necessity,” Reginald chooses, or succumbs to, his fate with the help of a liar of a talking bear. In “Par for the Course,” another bear does not bother to lie, or soften the impending blow during a conversation with a golfer (out of bounds in the woods). That’s two talking bears in one slim volume, which is either two too many or just the right number, depending on how you feel about destiny being announced through fantastical metaphor.

Perhaps most memorable in the collection is “Swimming,” in which Craig Fuller, a former Olympic swimmer (now lifeguarding at a New Jersey public pool and nursing the old hamstring injury caused by a “tragic error” in a crucial race), is pitted against Yakuza, a seal.  The 400-meter race — Craig’s erstwhile event — is to be held as a publicity stunt for the opening of King Kuzo’s Indoor Water Empire, a water park owned by the owner of the seal: “He said he would pay the former Olympian $5,000 just for showing up and helping out with publicity, including giving interviews to local reporters and wearing swim trunks and bathing cap adorned with the King Kuzo Indoor Water Empire logo for the race.”

Here the satire is out of the bag and the vagaries of commerce and commodification taint the waters. The seal doesn’t talk in this one, but it certainly has the last word.

The collection as a whole has a humble, modest tone, as if to say, stay for a bit, come pass the time, pay no attention to that talking bear on the bench beside us, we’ll discuss it later. It’s a little bit Reader’s Digest, a little bit absurdist, and little bit O. Henry twist-at-the-end.

John McCaffrey lives part time in Wainscott. He is the author of “Two Syllable Men,” a collection of stories, and “The Book of Ash,” a science-fiction novel.