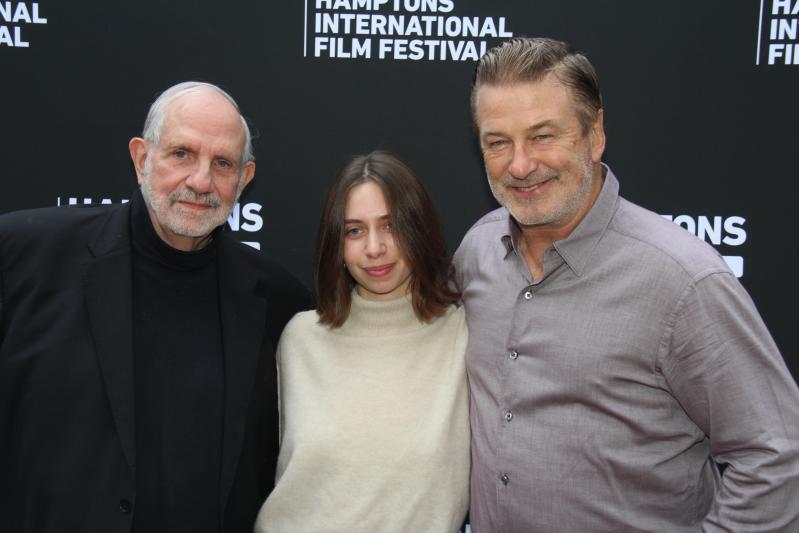 Brian De Palma, the  recipient of the festival’s Lifetime Achievement Award, sat down with Alec Baldwin on Saturday afternoon for an illuminating and often hilarious conversation at Guild Hall that covered many aspects of Mr. De Palma’s work.

Among the director’s recollections were the struggle to get Tom Cruise to approve a script for the first “Mission Impossible,” Al Pacino burning his hand on the barrel of his “little friend” in “Scarface,” the importance of cinematographers and composers, his battles with the movie ratings board, and discovering John Lithgow in a college play.

As usual when he hosts the festival’s Conversations With . . . programs, Mr. Baldwin had a few anecdotes of his own in this program, among them working with Woody Allen and Tim Burton, and getting his prosthetic fingers chopped off in “Miami Blues.”

At the conclusion of the talk, Piper De Palma, the director’s daughter, presented her father with the award. Earlier in the day, his 1981 thriller “Blow Out” was screened for a full house at the East Hampton Cinema.