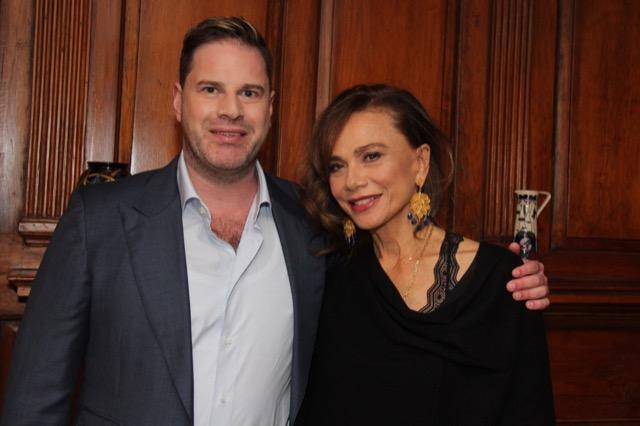 Tom Dolby and Lena Olin came out to support their film "The Artist's Wife" at the 1770 House on Friday, ahead of its screening at Guild Hall.
Durell Godfrey
By Jennifer Landes

The first full day of the Hamptons International Film Festival included a talk on short films, the opening of the virtual reality program at East Hampton Library, and screenings of films from all over the world in theaters in East Hampton, Southampton, and Sag Harbor.

After the world premiere of “Flint,” a documentary focused on that city’s water crisis from its inception to the present, with an emphasis on the shattered lives and courageous activism of its citizens, the film festival held a panel discussion that ranged from the specifics of Flint’s tragedy to more general issues of water quality, environmental stewardship, and the need for citizens to become better informed and politically engaged.

Trees, Wreaths for Sale in Amagansett
Holiday Cheer Is Coming to Sag Harbor
Even More Thanksgiving Options From the Pike and Old Stove
END_OF_DOCUMENT_TOKEN_TO_BE_REPLACED