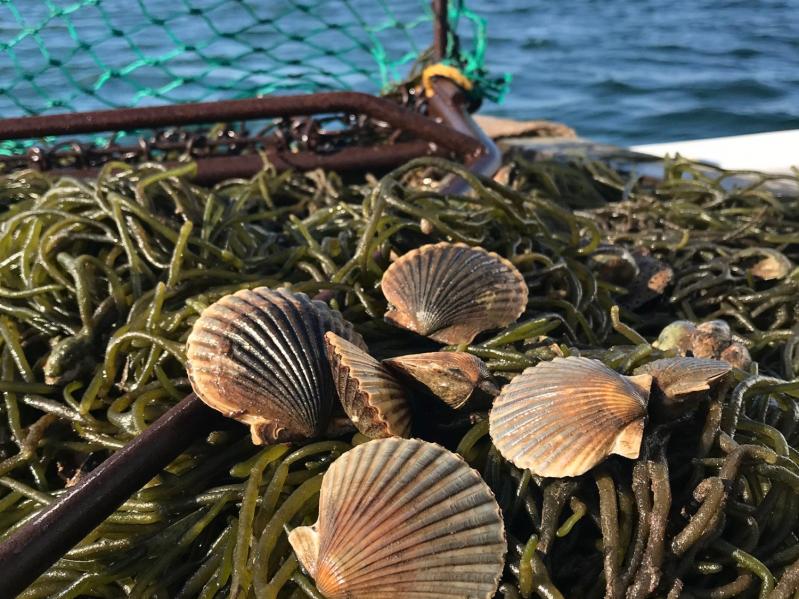 Plentiful bay scallop harvests may be a thing of the past; for the fourth straight year marine scientists are reporting a summer die-off.
Jon M. Diat
By Jon M. Diat

It's news that neither a commercial bayman nor those who enjoy bay scallops wanted to hear: For the fourth summer in a row, there has been a significant die-off of mature bay scallops in local waters.

The season for the harvest of bay scallops is still scheduled to open on the first Monday of November, but as in recent seasons, the catch will no doubt once again be poor. It’s discouraging for baymen, consumers, and for marine biologists, who continue diligently to follow the ups and downs of the iconic mollusk.

“Unfortunately for the scallops, the adult die-off is well underway again,” confirmed Stephen Tettelbach, a Cornell Cooperative Extension scallop specialist, who has studied the local bay scallop for over 30 years.

“We saw high juvenile bay scallop numbers in our dive surveys conducted in the fall of 2021”, Harrison Tobi, a scallop specialist who works with Dr. Tettelbach and now oversees the scallop program, said in an email. “We then conducted another round of surveys this spring and again, the bay scallop numbers were high.”

Cornell scientists conduct monthly dive surveys in Northwest Harbor, Orient Harbor, Bullhead Bay, and Flanders. They reported that Bullhead Bay and Flanders had little to no scallops at the beginning of the year, so those two sites are not considered to be optimal for tracking wild bay scallop numbers in the Peconic.

“However, Northwest Harbor and Orient Harbor had healthy population sizes of adult bay scallops for a good duration of the spring and summer,” Mr. Tobi said. “Unfortunately, two weeks ago, when we conducted our most recent monthly dive surveys, the adult bay scallop populations at Orient Harbor and Northwest had more or less disappeared. This is the same trend which we have seen for the last couple of years.”

Mr. Tobi has also been working closely with Bassem Allam, who runs a pathology lab at the Stony Brook University School of Marine and Atmospheric Sciences, to assess the presence of a microparasite that has played a significant part in the premature deaths of the scallop.

“The microparasite has been documented in Peconic Bay scallop populations for multiple years and is now understood to be a significant contributing factor in the bay scallop mass die-off events,” said Mr. Tobi. “In addition to the infection by the microparasite, water temperatures are increasing, resulting in lower dissolved oxygen availability, increased bay scallop metabolic rates, and a suite of other environmental factors.”

Mr. Tobi concluded that “what seems to push the adult bay scallops over the edge is the timing of their spawning events which coincide with the elevated water temperatures and infection by the microparasite.”

He confirmed that adult bay scallops spawned in “decent numbers” in early June in 11 different locations in Orient, Southold and Northwest Harbor, and are now anywhere between 1 and 15 millimeters in size.

“This is the same trend we saw last year,” he said. “The adult bay scallops spawn, produce decent amounts of larval scallops, and then most of the adults die shortly after spawning.”

When told of the disappointing news, Danny Lester, a longtime commercial bayman from Amagansett, was blunt in his response. “That sucks,” he said in frustration.