Item of the Week: From the East Hampton Library Long Island Collection 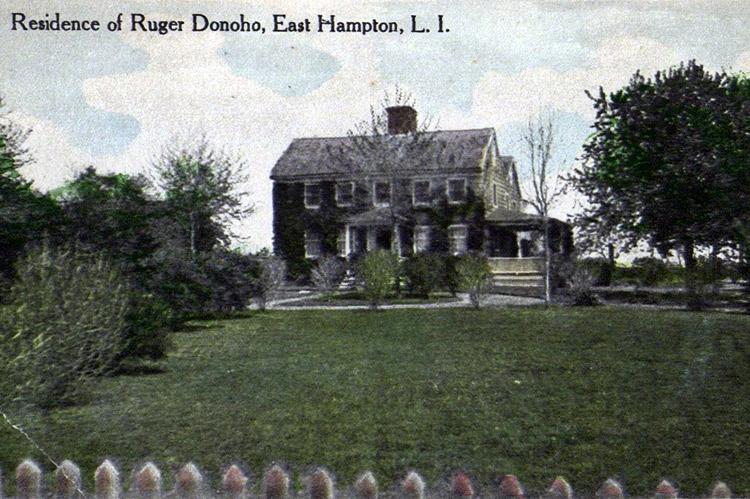 This postcard from the Harvey Ginsberg Postcard Collection shows the Ruger Donoho House at 48 Egypt Lane in East Hampton. The postcard is undated but was made sometime between 1904 and 1919, when Donoho owned the property.

The residence extends toward the back, with a visible covered porch on the right side. A roundabout driveway leads to the front entrance. The owners as well as the interior and exterior of the lean-to style of residence changed several times since its construction in the early to mid-18th century.

Born Gaines Ruger Donoho in Church Hill, Miss., Ruger Donoho was an American Impressionist painter and an early member of the summertime artists’ colony here. He and his wife rented the property after making significant repairs and renovations, including the addition of a two-story enclosed porch.

In 1920, the couple’s good friend and fellow artist Childe Hassam (1859-1935) bought the Donoho house and turned it into his summer residence and studio. Hassam named it Willow Bend, and he and his wife traveled between it and their Midtown Manhattan residence until his death. His widow, Kathleen Maud Doane Hassam (1862-1946), sold the house in the fall of 1943 to Rosa Lee Stoddard (1870-1963), two years after B. Mosley Stoddard, her husband, died.