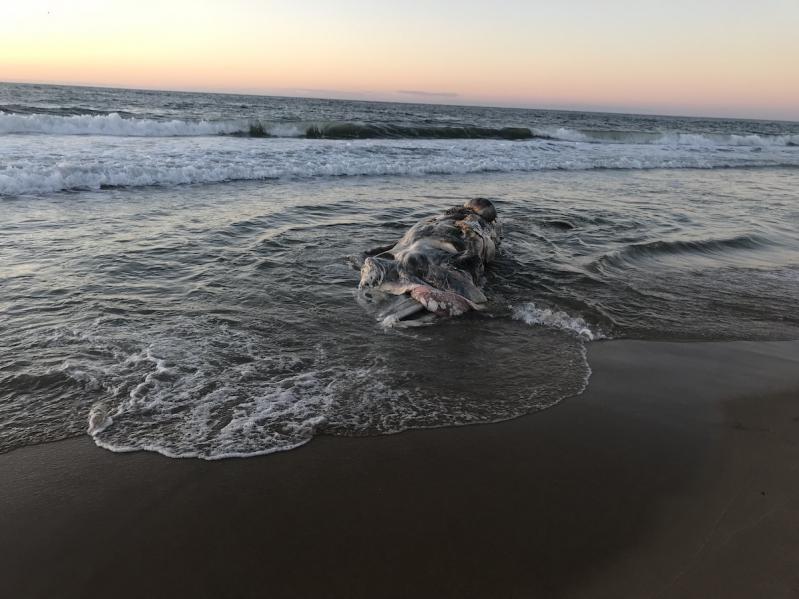 A dead whale, above, and a dead seal, below, washed ashore at Kirk Park Beach on Tuesday and Wednesday, respectively.
Jane Bimson photos
By Jamie Bufalino

A dead whale that washed ashore at Kirk Beach in Montauk on Tuesday and a dead gray seal that was found there on Wednesday were both so severely decomposed that further study is needed to determine the causes of death, according to the Atlantic Marine Conservation Society, the state's lead large-whale and marine animal response organization.

The whale, a female, was about 25 feet long, but, due to the extent of decomposition, the organization was unable to determine what kind of whale it was. "We believe it may be a fin or sei whale, but will have to wait for the genetic results to confirm," said Rachel Bosworth, a spokeswoman.

The discovery of the adult gray seal corpse was unusual, said Robert DiGiovanni Jr., the founder of the A.M.C.S., because it is not the right time of year for such seals to be in the area. "About 20 years ago, you would have never seen one this early," he said. Its presence could be due to an increase in the species population size or to an emerging health threat.

Necropsies were performed on each, but it will take several months before the results of pathology tests are available, said Ms. Bosworth.

The state's stranding hotline, which should be used to report both living and deceased whales, dolphins, seals, and sea turtles, is 631-369-9829. Sighting alerts can be sent to [email protected]. 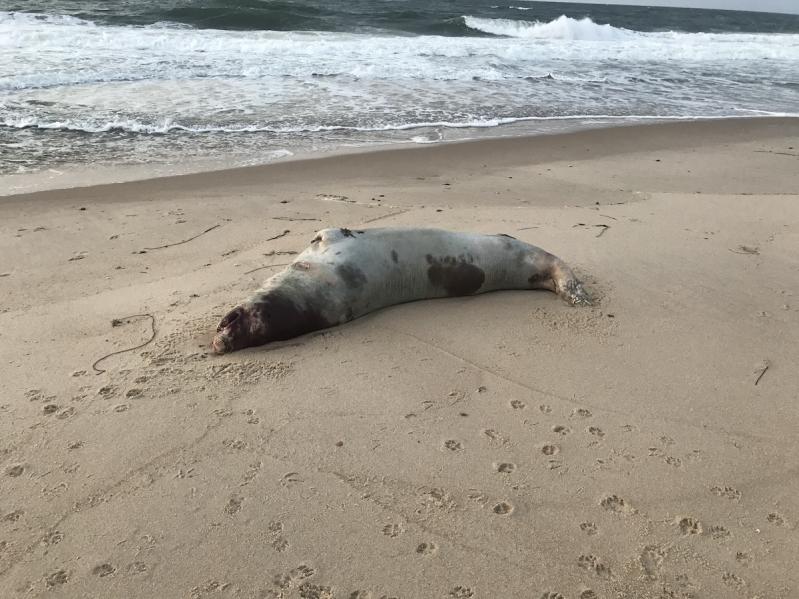