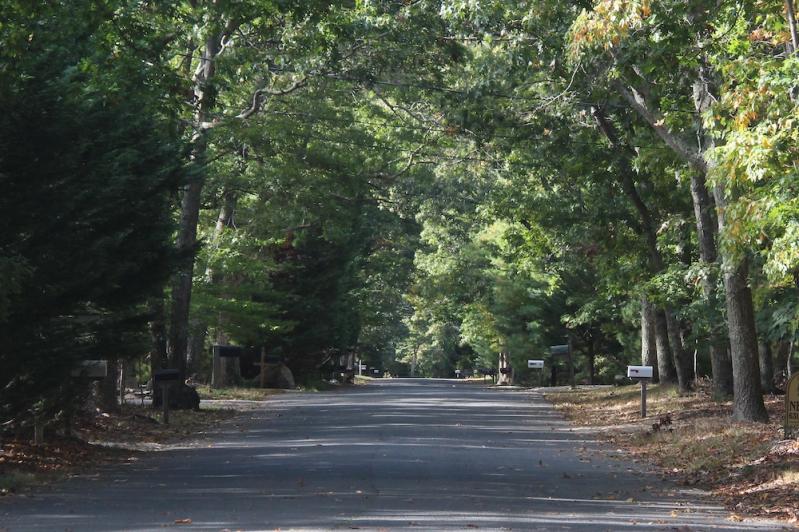 Since a Labor Day fund-raising trip to the East Hampton area, an UpIsland youth group has come under scrutiny for allegedly allowing a 13-year-old to canvass neighborhoods alone to sell candy.

The young person was a member of the Long Island Youth Club, a Melville nonprofit that says it employs teens as candy sellers and pays them for their time. The group also says it takes the kids on fun field trips and provides necessities for their homes.

The group's members "don't typically have access to many fun or interesting happenings in their community, so we offer a bevy of youth activities such as trips to amusement parks, baseball games, and much more. By providing these kinds of experiences, we allow our children to see a world beyond the inner-city turmoil they've grown up in," the club says on its website.

The group is an iteration of the New York Youth Club, according to its spokesman, Nathan Jackson, who is a former director of the organization. The New York Youth Club has encountered legal troubles across Nassau and Suffolk Counties in years past after one of its supervisors was charged with 11 counts of child endangerment in 2010, and two more were charged in 2018 with similar alleged offenses.

In Springs during Labor Day weekend, Susan Menu, an attorney, and some of her neighbors encountered a young person selling candy alone door to door. The 13-year-old asked one pair of homeowners to use their bathroom and for a cup of water. The young person, whom Ms. Menu did not want to describe for fear of identifying the child and causing repercussions, had a cellphone but was not getting reception in that neighborhood. Ms. Menu let the youth use her own cellphone to call a supervisor.

"They were masked up and they walk through the streets two by two. They get breaks all the time," Mr. Jackson countered. "These are kids now. They might have wandered off, but that should never happen. That's not our policy. I'm not saying it didn't happen. I wasn't there, but that's not our policy."

Mr. Jackson said the club has done candy-selling fund-raisers all across the South Fork, including in Sag Harbor, but its activities have come into question over the years.

According to a Feb. 4, 2010, report in The Long Island Press, Jules Huston, who Mr. Jackson said is the current director of the Long Island Youth Club, was charged with 11 counts of child endangerment after police found teens "in various Nassau County neighborhoods where they sold $8 boxes of gourmet chocolates door to door to raise funds for [the] group's after-school activities."

Mr. Jackson said all of the charges against group leaders had been dropped.

The Long Island Press also reported in 2010 that the state Labor Department was looking into the New York Youth Club after a child under the age of 14 was allegedly acting as an employee without working papers, for which the group was fined in 2008.

And in October 2018, a CBS-affiliated TV station in New York reported that two of the supervisors -- identified as representatives of the New York Youth Club -- were charged with endangering the welfare of children after police in Nassau "found 10 unsupervised children in the area peddling cookies and candy, cold and dressed inappropriately."

Mr. Jackson defended the club and touted its mission. "What we do is we really take care of these kids. We've been at this for a while.

. . . They have a chance to make a few dollars. We take them on field trips. The kids are from some very poor homes, and we may buy a bed or refrigerator for their family."

"You take the kids from Wyandanch and bring them out to the Hamptons, they see how other people live, and maybe they get an idea that 'I could live like this,' " Mr. Jackson said.

He said Mr. Huston would not be willing to comment for this article.

Ms. Menu, who has taken cases to family court in the past, said the whole thing "seems like a scam," and worried that "these kids are ripe for being taken advantage of."

Peddling door to door or in front of, say, a grocery store, is allowed in East Hampton, according to the town code, as long as "any individual so acting on behalf of the sponsor organization shall carry on his/her person written authorization from the sponsor to do so and shall present such authorization to any code enforcement officer, peace officer, police officer, or any individual requesting the same."

Ms. Menu provided The Star with a photograph of the fund-raising letter that the youth showed her and her neighbors. Dated Sept. 1, 2020, it was addressed to Becky Molinaro Hansen, who is the administrator in East Hampton Village, and who does not have the authority to give permission for fund-raising in areas of East Hampton Town outside of the village.

"They had the wrong thing in their hand. That was a mistake," Mr. Jackson said. "We always get the okay."

Mr. Jackson said he used to contact Carole Brennan, the East Hampton town clerk, but that he eventually stopped after she didn't respond to him. Ms. Brennan confirmed that the group had not filed fund-raising letters with any town department in the past year and had not been granted permission to peddle in the town "in years."

Because of the town clerk's lack of response, Mr. Jackson said he now contacts police directly when candy sellers are due in town. "That's the most important thing, that patrol knows we're there," Mr. Jackson said.

However, East Hampton Town Police Chief Michael Sarlo said in an Oct. 5 email to The Star that he was not made aware in advance of any fund-raising activities by the Long Island Youth Club during Labor Day weekend this year.

"In years past, clubs like this do seek approval for fund-raising in our jurisdiction, and we have had notification made to us with a letter of approval, alerting us to their presence in neighborhoods," he said. "We have received calls complaining about this practice, and questioning the activity."

Ms. Hansen said she kept no record of the Sept. 1 letter Mr. Jackson sent her, but she confirmed that "they send one each time they come out."

"I sign off for them to canvass only in the Village of East Hampton. If they are soliciting in the town, then obviously they need town permission and the town would have to enforce that," Ms. Hansen said. "For any organization that is registered with the New York State Charities Bureau (through the attorney general's office) they are allowed to peddle (which is why they are able to get the approval)."

"Many people don't know the difference between the town and village, so [it is] not surprising that a village approval would be used for the town in error," Chief Sarlo said.

Beth Kamper, Sag Harbor's village clerk, told The Star that she also had no recent record of fund-raising letters from the club.

Charity Navigator, an online service that rates the financial health and beneficial impacts of nonprofit groups, has not evaluated the Long Island Youth Club because it reports less than $50,000 in annual income with the Internal Revenue Service.

"We're 100 percent legitimate," Mr. Jackson said. "I think people are always suspicious," he said, but added, "We have an accountant, we have an attorney, and all our papers are filed annually. We're tax exempt but there are still sometimes taxes to pay. The kids love the program. I've been to some of these homes. Some of them don't even have a living room floor. This is something they need, and we try to help everyone. We can't, we know that, but we try to help everyone."

Free Car Seat Checks in Southampton
Battle of the Books, and More Fun for Teens
This Week's Happenings in Montauk
END_OF_DOCUMENT_TOKEN_TO_BE_REPLACED