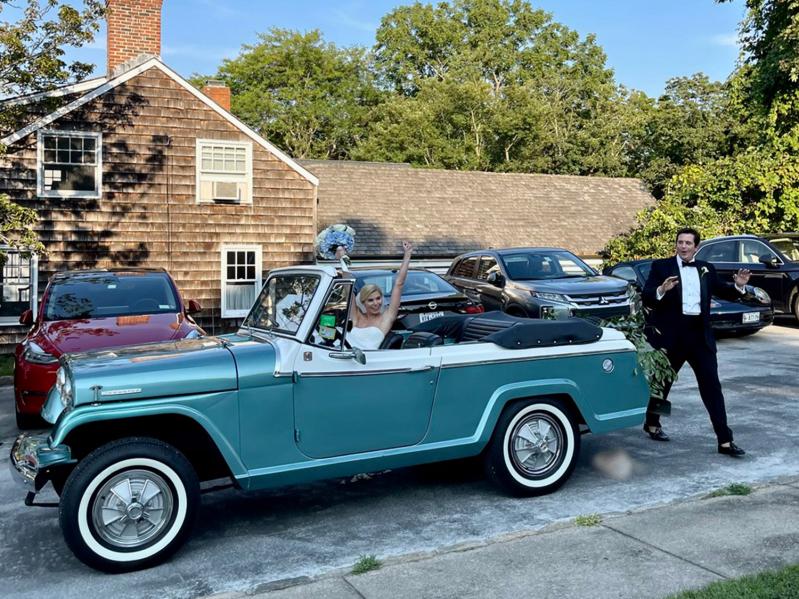 Emily Lagler Schade of East Hampton and McNally Severn Lee of Manhattan were married on Sept. 10 at the Old Whalers Church in Sag Harbor. The Rev. Dr. Joseph David Stinson, former minister of the Glen Ridge Congregational Church in New Jersey and a retired rear admiral in the Navy and deputy chief of chaplains, performed the ceremony.

A welcome party for guests was held at the Maidstone Club in East Hampton, and a reception followed at the Devon Yacht Club in Amagansett.

The bride is the daughter of Angel and Curt Schade of Vero Beach, Fla. The groom, who is known as Mac, is a son of Tracie and Edward Lee of Devon, Pa.

The bride earned a bachelor’s degree from the McIntire School of Commerce at the University of Virginia; the groom got his B.A. from Bates College in Maine. She is an account supervisor at Droga5 NY; he is a vice president at the Bridge Investment Group. They met at a dinner party in East Hampton.

On their wedding day they were attended by a mix of family and friends, including the bride’s three brothers, Chris, Alden, and Harlan Schade, and the groom’s brother, Zander Lee. Quincy Miller, who is 3, was the flower girl.

The bride wore a custom gown by Amsale and then a Carolina Herrera mini dress. The groom wore a custom Brooks Brothers tuxedo. They drove off in a seafoam green-and-white 1967 Jeepster convertible.

After a wedding trip in French Polynesia, the couple will return home to Central Park West in Manhattan.