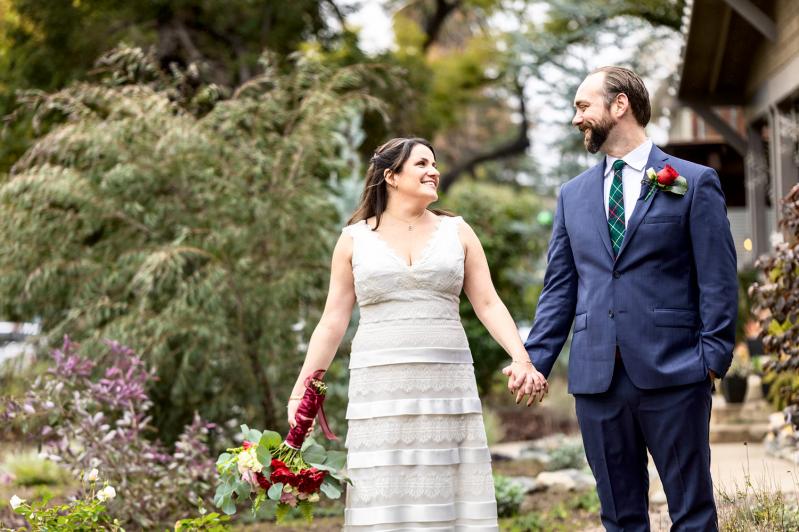 Oliver Longwell and Anne Argento of Santa Monica, Calif., were married on Dec. 26 at a small gathering of family and friends at the bride’s childhood home in Pasadena, Calif. A fresh blanket of snow on the San Gabriel Mountains provided the backdrop for the alfresco ceremony.

The bride’s father, retired Los Angeles County Superior Court Judge Phillip Argento, officiated. The couple were attended by their seven nieces and nephews, ages 4 to 21. Aimee Barnes, a longtime friend of the bride’s, offered an a cappella rendition of “At Last,” as recorded by Etta James.

Mr. Longwell is a native of the East End whose parents, Dennis and Alicia Longwell of Sag Harbor, were present for the ceremony. He attended local schools, including Most Holy Trinity Catholic School in East Hampton, and was communications director to former Representative Timothy Bishop of Southampton. He works as manager of Bar and Garden, an organic wine merchant in Culver City, Calif.

Ms. Argento, who is co-founder and principal at Argento/Graham, a green building consulting company in Los Angeles, will keep her name. The couple plans a spring honeymoon to Amsterdam, Paris, and Barcelona, Spain.