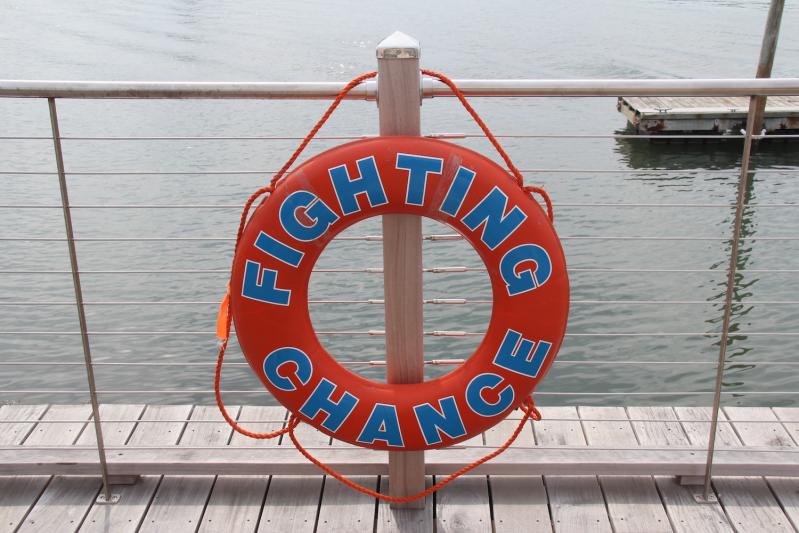 In the 20 years since Fighting Chance, the free cancer-counseling charity based in Sag Harbor, opened its doors, the death rate from cancer in the United States has dropped by about 30 percent.

That is certainly cause to celebrate, and Fighting Chance is seizing it. The organization will host two events on May 14, not only to commemorate advances in cancer research, but also to draw attention to the work still needed in the fight to cure the disease.

Despite the encouraging statistics, the fact is that cancer continues to be the second most common cause of death in the U.S. after heart disease. Almost two million new cases, and 609,360 deaths, are expected to occur nationally in 2022, according to the American Cancer Society.

For the hundreds of thousands of Americans who are diagnosed with cancer each year, it is still very often the start of a long, albeit fast-moving, fast-pace journey, from doctor’s referrals to oncologists who will perform the detective work to come up with a treatment plan, and on to hospitals and cancer centers for specific care.

During this journey, there’s rarely any time — or opportunity — for patients and family members to process the enormity of the situation, to open up and start understanding, or sharing their fears and expectations. At perhaps the worst moment in someone’s life, the only message we hear is to be strong and focus on winning the fight.

That’s where Fighting Chance comes in. It exists to pick up the pieces in a cancer patient’s life, as well as for the family and loved ones.

“When someone comes in and says, ‘I’m going to battle cancer and beat the Big C,’ all that stuff, we just say, ‘Look, it’s a journey, my friend, and it will take a while. It’s a marathon. It’s not a sprint,’ ” said Duncan Darrow, who founded Fighting Chance in 2002 after caring for his mother, who was dying of lung cancer. “She lived for about a hundred days, and it was just questions, the amount of stress. A few months after she died, I had a heart attack.”

What Mr. Darrow discovered is that oncologists don’t know how to treat patients psychologically and emotionally. He started Fighting Chance with the goal of providing cancer patients free counseling sessions with oncology social workers, who are trained to help people overcome fear, anxiety, and depression. The organization also offers consultations with a certified “navigator,” who guides patients, families, and caregivers through the health care system, which is so complex and confusing that it can even derail people from receiving the medical care they need. Fighting Chance also provides transportation to and from appointments, and financial aid for those unable to afford treatment.

Mr. Darrow, a retired Wall Street lawyer, likens his achievements over the last 20 years to a startup. “You have to get a prototype and understand what your product is,” he said. “Eventually, the community starts seeing that you’re filling a niche, and then you can raise $500,000 a year, which is our budget.”

First on the agenda for the 20th-anniversary commemoration will be the inaugural “Cancer and Courage” film festival, which Mr. Darrow intends to be an annual event. It will be held at the Sag Harbor Cinema from 10 a.m. to 1 p.m. and feature excerpts from eight films that focus on different aspects of cancer — “different mile-markers in the cancer journey, when the patient’s innermost emotions surface,” he said.

Among the films, which were curated by Susan Lacy of Sag Harbor, a film producer and writer, are “Terms of Endearment” from 1983, with an all-star cast featuring Shirley MacLaine, Jack Nicholson, and  Debra Winger; “Beginners” (2010, with Christopher Plummer); “My Life,” from 1993, starring Michael Keaton and Nicole Kidman; “One True Thing” (1998), with Meryl Streep, and “Marvin’s Room” (1996), starring Leonardo DiCaprio, Meryl Streep, and Diane Keaton. After the screening, Ms. Lacy will moderate an audience Q.& A. session.

At 2 p.m., following the screenings, Fighting Chance’s annual speaker series will take place at The Church in Sag Harbor. Titled “Science v. Cancer,” it will feature David Tuveson, M.D., a leading researcher in the fight to cure pancreatic cancer. Dr. Tuveson was recently named president of the American Association of Cancer Research.

Dr. Tuveson is the director of the Cold Spring Harbor Laboratory Cancer Center on Long Island’s North Shore, where scientists live and dedicate their lives to searching for the genetic origins of cancer and the drugs to cure it. The center has been home to eight Nobel Prize recipients.

“He’s a busy guy, and I’m being modest when I say that he’s a famous guy,” Mr. Darrow said of Dr. Tuveson. “If there’s any meaningful advance in curing cancer, he will be among the first to know, which makes him perfectly suited to speak about the scientific advances he foresees over the next two decades.”

Asked whether the events on May 14 are free, Mr. Darrow replied, “Of course. Everything we do is free.”