Like the flu? ‘Not for anybody unvaccinated,’ Stony Brook expert says 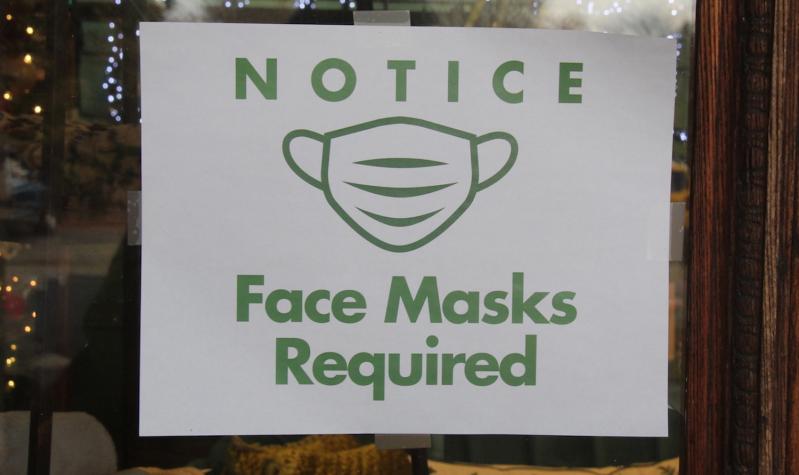 The latest surge in Covid-19 that swept East Hampton Town along with all of Long Island and New York State appears to have crested, with new cases and hospitalizations finally slowing after the highly contagious Omicron variant swept through the population, encouraged by holiday gatherings and winter weather keeping people indoors.

This is true for the infection rate in East Hampton, which stood at 17.87 percent for the period of Jan. 10 through Jan. 16, as reported by CareONE Concierge, the town’s testing provider. That figure, the lowest since shortly before Christmas, was down from an eye-popping positive infection rate of 33.17 percent during the previous week, based on 838 people tested, and 32.41 percent between Dec. 27 and Dec. 30. The positive rate during the week of Jan. 3 was “the all-time highest” in the town, Supervisor Peter Van Scoyoc said on Tuesday, “with the Omicron variant rapidly spreading throughout the town and country.”

As of Tuesday, 4,312 residents of East Hampton had tested positive for Covid-19 infection, or 197.39 per 1,000, according to the Suffolk County Department of Information Technology.

There were 1,426 new infections reported in Suffolk on Tuesday, a dramatic decline from the 6,992 reported on Jan. 7. Only 9,915 test results were reported Tuesday; however, the positive test rate of 14.38 percent was consistent with the downward trend seen in the county in recent days when more test results were reported. Between Jan. 4 and Jan. 8, the county reported more than 32,500 cases, an average of 6,500 every day.

Hospitalizations, too, had declined statewide to 11,928 on Tuesday, from 12,671 on Jan. 12, with the seven-day average of new Covid-19 hospital admissions declining by 13.6 percent in the last week.

“It’s all about continuing to be vigilant, be smart about it,” Gov. Kathy Hochul said Friday. “Vaccinations, boosting, wear the mask, and there will come a time when we say it’s all over.”

While the pandemic’s trajectory remains uncertain, the Omicron variant’s tendency to cause milder sickness, combined with the sheer number of those with a degree of protection through prior infection or vaccination, signal a period of transition for the virus that has upended life for the past two years. Focus is shifting from the number of new infections, which are dramatically under-reported given the growth in use of at-home tests, to the number of people hospitalized, the large majority of whom are unvaccinated.

People who are not vaccinated “are still at high risk, will still go to the hospital at a pretty high rate, and will die at the same rate as before,” said Sean Clouston, an associate professor of public health at Stony Brook University. “But now, vaccinated people are more likely to carry Omicron. So for those unvaccinated, the only thing that’s changed is now a lot more people are able to infect them. I would think that now is particularly concerning. They are unprotected.” Those who are unable to produce antibodies even after being vaccinated are, “if anything, much more concerning,” Dr. Clouston said. “They are at much greater risk, and the people around them can’t protect them.”

So many Long Island residents have been infected with Covid-19, Dr. Fries said, that “we have problems staffing.” The numbers of Covid-19 patients in an intensive care unit “are still unbearably high,” she said. “That’s a problem if you don’t have enough unit beds to take care of these patients.” Ninety percent of Covid-19 patients who are intubated are unvaccinated, she said.

The state has begun to issue a daily breakdown of patients admitted to a hospital for Covid-19 versus how many tested positive after being admitted for non-Covid-19 conditions. On Monday, those admitted where Covid-19 was not included as a reason for admission stood at 39 percent on Long Island and 42 percent statewide.

Those whose at-home tests reveal a positive infection should “stay at home and comply with the rules,” Dr. Fries said. If fully vaccinated, “the majority will just have a bad cold, some almost nothing. They should not go to a doctor if they don’t have co-morbidities or feel excessively sick.”

Dr. Clouston said that those testing positive at home should report the result to the county Health Department “so they can maintain a roll of who’s getting sick and why, and give guidance.” They should isolate, he said, but if that is not possible, they should “absolutely be wearing a mask wherever they go, all the time. Keep an N95 [mask] on your face if you have to go anywhere.”

If the virus continues to mutate, “it is conceivable you get, again, something more similar to the Delta virus,” Dr. Fries said of the variant that emerged last year, dealing a setback in defeating the virus. Natural immunity through prior infection, “if anything, gives you less immunity” than vaccination, she said. “And we don’t know how long the immunity lasts; we don’t have enough data yet. I’ve had tons of patients who had it more than once.”

The often-voiced hope that Covid-19 will change into a seasonal virus akin to influenza is unlikely in the near term, Dr. Clouston said. “Right now, we’re losing, in the U.S., what, 1,800 people a day? That is not at all near what the flu looks like.” Among those who are fully vaccinated, however, “the expected mortality rates are closer to what it looks like for flu.”

There are two groups of unvaccinated people, Dr. Clouston said: those who have chosen not to receive it, and children under 5, for whom vaccines have yet to be approved. The mortality rate in the latter group “has shot up with Covid, to be twice as high as before Covid,” he said. “For people with little kids, now is a horrific time. None of those anxieties have gone away. There is good research to say that most kids, if they get it, will be just fine, but the reality with kids is, most kids get anything and they’re fine. But the mortality rate has increased a lot, so we aren’t at a place where this is like the flu. It’s not like the flu for anybody unvaccinated.”

While the latest surge appears to be subsiding, “most likely it will come back next winter again,” Dr. Fries said. “It may just be in pockets because the majority have enough immunity not to get sick, but we don’t know that yet.” A new vaccine could also “give us better protection against Omicron. The vaccine now gives us protection against dying, but not against becoming infected.”

“Hopefully,” she said, “this surge for New York will be over in the next four weeks, and it will come down significantly. Then it’s still going to take months until it’s through the country — other states are just starting.”

Barring a new variant, “we should be out of the woods by May in terms of high case rates,” Dr. Clouston said. “Over the summer the rates should stay low, for the most part.” But “this time next year, I think we will be in same basic place we are this year. Hopefully we will have more [people] with boosters, hopefully by then kids under 5 will be If all that is true, the hospitalization rate will be manageable and this will be more akin to the flu. If we don’t change those rates, it will be like this year again: a lot of people in the hospital, lots of people who have Covid.”

There will be five Covid-19 vaccine clinics at East Hampton Town Hall next month, although there is no more availability at the Feb. 1 clinic. As of Tuesday, appointments were available on Feb. 7, 10, 16, and 22, and can be made at bit.ly/3GFcE03. First, second, and booster doses will be offered.