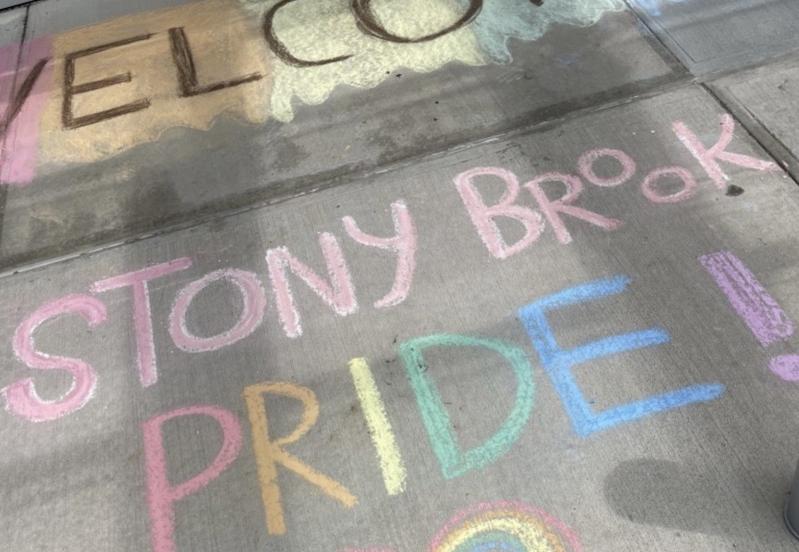 It was National Coming Out Day last Tuesday but the results of a groundbreaking survey on the health care experiences and challenges of the L.G.B.T.Q.+ population on Long Island, conducted by Stony Brook Medicine and released this week offered few reasons to celebrate.

“Probably the most alarming, if not surprising, finding was the severity of the mental health needs and experiences of depression, anxiety, and suicide attempts among the L.G.B.T.Q.+ population,” said Jennifer Mesiano Higham, the director of grants management at Stony Brook University Hospital, one of the many community-based health care settings that make up Stony Brook Medicine.

Specifically, the survey showed that 43.6 percent of the 1,150 respondents rated themselves as being in fair to poor mental health, while 33.5 percent had thoughts of self-harm, and 23.9 percent had seriously considered suicide within the past three years. Additionally, more than a third of those who participated in the study indicated they were suffering from moderate to severe anxiety, depression, or both.

Titled “The L.G.B.T.Q.+ Health Needs Survey,” it was available online to all L.G.B.T.Q.+ adults over 18, including individuals questioning their identity, who resided — or attended college or university — in Nassau or Suffolk Counties between June 2021 and September 2021.

Ms. Mesiano Higham explained that the survey allowed them to categorize attributes such as age, gender identity, and sexual orientation. “And that enabled us to see and demonstrate what we knew was the case, but didn’t have the data to support it, which is that the L.G.B.T.Q.+ community is not a monolith. There are segments of the community that experience really great disparities relative to other segments of the community. For instance, transgender folks and non-binary people who are pansexual tend to experience much higher rates of depression and anxiety, as well as issues around suicide, compared to the L.G.B.T.Q.+ population as a whole. So, we’re seeing a real behavioral health crisis for segments of that community that needs to be recognized so that we can come up with strategies to address those health needs,” she said.

She shared some of the respondents’ details of their health care experiences, calling them, “pretty shocking.”

A respondent wrote: “The potential of going through the health care system to be discriminated against, misunderstood, misinformed, or ignored, has been a large reason I’ve put off finding regular health treatment into my thirties.”

Ms. Mesiano Higham said that a transgender man wrote “that he definitely avoids annual pelvic exams because he doesn’t want to go into an Ob-Gyn office, which are generally pretty feminized environments.”

“I’ve been treated badly as a combination of being assigned female, being L.G.B.T.Q.I.A.+, and being a plus size,” wrote another individual.

The survey’s results will be most beneficial to the Edie Windsor Healthcare Center in Hampton Bays, named after the late L.G.B.T. rights activist. The center will use the data to expand and improve its already extensive care for all members of the L.G.B.T.Q.+ community and individuals living with H.I.V. However, Ms. Mesiano Higham pointed out that “the findings are being used not just to inform service expansion there but across our system, and also to inform training that will be provided to ensure that care is being delivered in a culturally competent manner across the system.”

Stony Brook Medicine’s three hospitals, including two on the East End (of which the Edie Windsor Healthcare Center is a part), were again named L.G.B.T.Q.+ Healthcare Equality Leaders by the Human Rights Campaign Foundation earlier this year.

And still, almost half of the survey’s respondents admitted to being in fair to poor mental health.

“I think to some extent, people just don’t know that there are providers that they can count on to have a positive experience. Maybe their prior health care experiences were so negative that it made them reluctant to access care. . . . So, we’re looking to chip away at that by making this directory available,” said Ms. Mesiano Higham, referring to an online directory of health care providers on Long Island, where L.G.B.T.Q.+ people will not face discrimination, delays, and systemic hurdles that often prevent this group from receiving the care they need.

“Our job here is to make those services available in an affirming way and to help people navigate our very complex system so that they can find the care they need and that they can always expect a positive, affirming experience,” Ms. Mesiano Higham said.