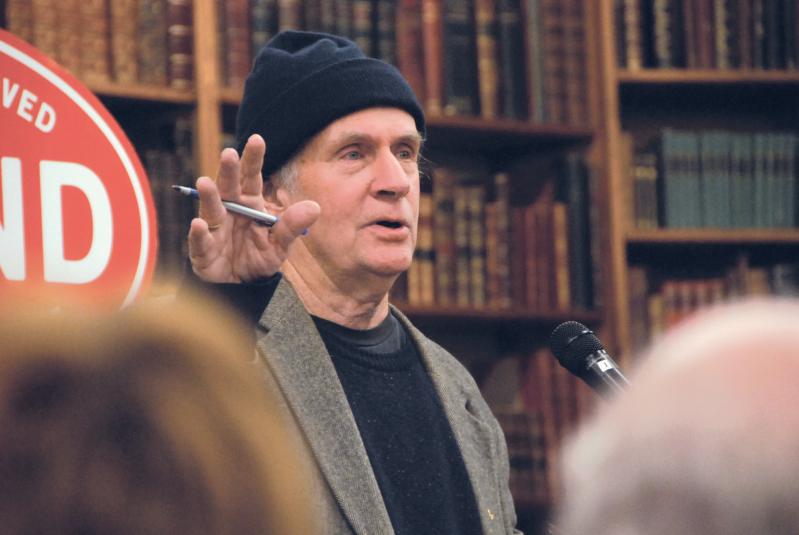 Bill Henderson, that Springs man of letters, is this year’s Distinguished Service to the Arts award recipient.
Lily Henderson

The editor and writer Bill Henderson of Springs has won a 2020 Award for Distinguished Service to the Arts, the American Academy of Arts and Letters announced last week. The award recognizes “his significant contribution to the arts as founder and publisher of Pushcart Press,” a release said.

Calling him a “visionary publisher,” the academy hailed Mr. Henderson’s founding of the Pushcart Press “40 years ago to celebrate under-celebrated writers. Devoted to publishing literature that is deserving and non-commercial,” it “continues today as the publisher of the prestigious Pushcart Prize anthology.”

Also honored were Richard Powers for his novel “The Overstory,” the architect Peter Eisenman, and the historian David Blight. The academy dates to 1898. William Merritt Chase and Childe Hassam were among the early members from this area.

East Hampton Samples Are a Crucial Contributor to Lyme Test
Ready to Adopt a Pet? ARF Is Ready, Too
Guild Hall's Curator Visiting Studios Virtually Through June
Seeking Stories and Images From the Time of Covid
END_OF_DOCUMENT_TOKEN_TO_BE_REPLACED