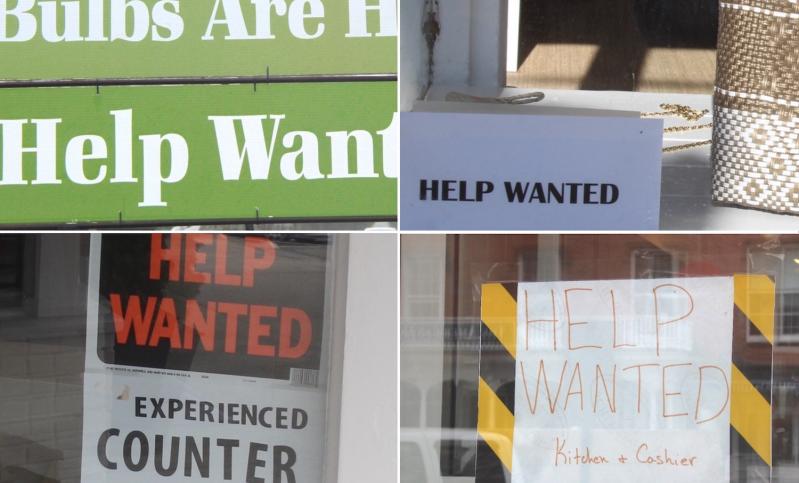 “The huge influx of people who moved out here during Covid created business, but they’re doing nothing to add to the work force,” said Amity Lucas, the name behind the Amity Agency, a recruiter for East End employers.
Durell Godfrey
By Christopher Gangemi

There is an employment crisis on the East End.

“Every industry out here is booming,” said Amity Lucas, the name behind the Amity Agency, a recruiter for East End employers. “The huge influx of people who moved out here during Covid created business, but they’re doing nothing to add to the work force,” she said.

Many of the new residents are working from home and aren’t looking for work locally. She said another whole faction of new residents are retirees. A Covid-era problem for employers, according to Ms. Lucas, was that “people learned how to work the system” and received unemployment from the government even though they might have had a small side job making cash. That little system hack meant that many full-time jobs went unfilled.

In 2021, according to the United States Labor Department, a record 47.4 million people voluntarily left their jobs. Nationally, the unemployment rate is 3.6 percent. In New York State, it’s slightly higher, at 4.6 percent, but still well below historical levels.

It’s not always easy to put numbers like these in a local perspective, but what they mean now on the East End is that the cost of hiring employees is going up.

In addition to an already tight labor market, three major structural problems plague the East End. Lack of affordable housing, lack of public transportation and inadequate roads to handle growing traffic, and a lack of child care add to the already difficult task of hiring and retaining employees.

“There’s literally nowhere for people to live,” said Ms. Lucas. While everyone is talking about affordable housing, the builders are “still just focusing on the big mansions.” No one wants density around them, she said.

“The traffic is so horrendous” that people who once commuted from west of the Shinnecock Canal no longer think it’s worthwhile. The East End is more dependent than ever on imported workers, just when many of them are choosing to work elsewhere.

This has led to a very strong market for laborers. She said the tightness in the labor market has “definitely driven up the money that people are able to ask for.” The landscapers, for example, “they’re kind of like a little mafia,” she said, who are often making $30 an hour. “Last summer everyone had overgrown hedges because they couldn’t get landscapers,” she said. Child care is the same. “A lot of moms would go to work, but the child care is more expensive than what they would make.”

Drive west anytime from 5 a.m. on and its clear that the “trade parade” or “contractor crawl” has increased recently. Ms. Lucas says the South Fork is “desperate for people in the trades.” For example, heating and air-conditioner contractors are offering signing bonuses and housing assistance for workers. “They are really trying to woo people,” she said.

Ted Schiavoni is a Sag Harbor plumber. His business, G.F. Schiavoni, was started by his grandfather Gabriel, in 1948. His father ran it until 1994, when he and his brother, Fran, took it over. So, he’s been through some employment cycles. “It’s virtually impossible to hire people right now,” he said. “I’m overpaying people to come on board.” Last year he hired and trained an employee for $24 an hour. “He just left because someone else hired him for $34 plus benefits after not even a year of experience,” he said.

People who have been in the community for years are taking advantage of the high real estate prices and leaving. Mr. Schiavoni says in the past he would get three or four local high school kids who would come to him for summer jobs. “I haven’t seen them in years,” he said.

But it’s not just a problem for those hiring landscapers and tradespeople. Maureen McDermott, who owns Winter McDermott Design, an interior design firm in Sag Harbor, said pools of skilled cheap labor just don’t exist out here. “In Manhattan, there are five design schools you can pick employees from. They’re eager to start a career and work their way up.” Out here she’s often faced with people trying out a second career. Employees are older, more independent, and already socially connected. Retaining such employees, that you trained, can be difficult. “You work for someone for a short while, and then go out on your own because that opportunity exists,” she said.

Ms. Lucas said her dream is that a chic hostel or housing dorm would open and offer month to month leases. She said laws created years ago to address share houses should be reformed so that seasonal employees would have places to live. In that instance, she could recruit college kids from all over the country. “These kids could come here and make $20 an hour,” more than they’d make in other parts of the country, she said. “We could keep it local and keep it American instead of having people working illegally here. College kids would love the experience of living in a fun summer beach town,” she said.

But even as a worker shortage persists, the crowds are clearly here. There’s no parking, East Hampton Village sold 3,000 beach permits in a few hours, and there are waiting lists for summer camps.

“What happened to the people?” asked Mr. Schiavoni. “They’re here but nobody wants to work.”