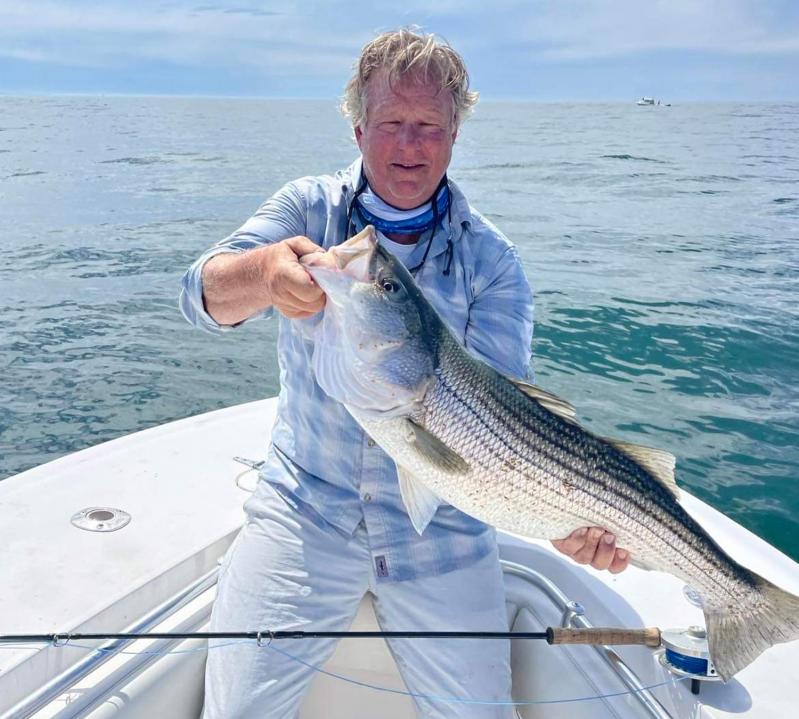 Last week my stepsisters, Marsha and Joanne, from Evansville, Ind., undertook the nearly 1,000-mile drive to visit my wife and me here on North Haven for a few days. It was great to reconnect.

Thanks to the ebb and flow of Covid concerns and warnings, we had not seen one another in person for over three years. Unfortunately, my stepbrother, Peter, who has worked for Kodak in Rochester as a research scientist for over 45 years, could not make the trip; he and his wife had come down with Covid just prior to our planned visit, but are both on the mend and doing well.

My mother passed away a few months ago at the age of 96, and my stepsisters were here primarily to retrieve knickknacks and mementos from her house in Manorville, about a 40-minute drive west of us. We are in the process of cleaning out the house to put it up for sale, an endeavor that has brought back many memories and emotions for all involved.

For the record, my mother was full of life. With my late father (who succumbed to a heart attack at the age of 47 when I was just 7), she took a leap and purchased what is our present house on North Haven back in 1961 for $27,000.

In present time, that price sounds outlandishly cheap, but at the time, their primary residence back in Oceanside on the south shore of Nassau County was worth around $5,000. Looking at that tiny house today, I’m not quite sure how our family of four could have squeezed into it for the 25 years we lived there.

Back then, it was also rare for a family of modest means to buy a “weekend summer house” — especially one that was over five times the value of their primary abode, which was located a block away from the hospital in Oceanside where I was born that same year. Well, my folks did, but they had a bit of assistance too.

The story goes that my parents would take periodic day trips to the East End. Some excursions involved fishing on party boats that sailed out of Montauk. Others involved packing a picnic basket of assorted sandwiches for a car ride to look at properties for sale anywhere between Hampton Bays and East Hampton. They called their trips “going to the country.”

Doing this for several years, they finally came upon North Haven and loved its rural peacefulness and beautiful bays and creeks. Over the bridge was Sag Harbor, a blue-collar village that was downtrodden and had many vacant storefronts. The old whaling center had “real character and charm,” my mother would say.

They ultimately found a house they really liked on North Haven, but it was well beyond their budget. Two weeks later, while taking my grandfather John out for a ride to view the property again, he remarked to them on the beach that the house was “a great value and was bound to sell quickly.”

My parents explained to him that it was out of their price range. He told them not to worry, and that he would give them the money to make the deal (and their dream) happen.

“This property is too good to pass up,” he told my parents. “It’s a great investment.” The rest, as they say, is history.

In 1916, my grandfather immigrated to New York from a small village in Belarus just before the Russian Revolution to seek a better life, a single bag of clothes in hand. He saw the signs of trouble ahead. He left his wife behind, and it took him three years to save up enough money to bring her over to the U.S., where they settled in Oceanside. We lived next door to them.

A hard worker, he owned a wholesale leather store at 100 Gold Street in Lower Manhattan. I have few personal memories of him (he died when I was 4), I am grateful for his foresight and generosity on the beach that day on North Haven.

My mother told me that he enjoyed his last few years of life at our beach house, harvesting wild mushrooms in the fall and relishing every opportunity to wet a line for blowfish, porgies, and snappers at the community pier a short walk down the beach.

She recounted that one day he caught 69 blowfish off that rickety dock, only to give them to her to be cleaned for numerous dinner and breakfast meals (yes, fried fish was a very common breakfast for us growing up). Cleaning blowfish is not an easy task, but my mother became adept at it and was also a fine fisherwoman in her own right.

I certainly understand where my appreciation for fish and the sea comes from. But I’m also very fortunate in so many other ways.

On the current fishing scene, Sebastian Gorgone at Mrs. Sam’s Tackle in East Hampton was happy to recite a long list of fish being caught in local waters. “Lots of weakfish are around, plus there are porgies, blowfish, fluke, sea bass, snappers, kingfish, and even some black drum being caught.”

Montauk continues to see some fine yellowfin tuna catches relatively close by. “The day-trip tuna fishing continues to amaze,” said Capt. Jack Passie of the charter boat Windy. “The canyon reports are also getting better. September last year was better than August and we expect the same this year.”

Enjoy fried calamari? Montauk is also the place to be. Those fishing at night, especially in Fort Pond Bay, are bringing back full buckets of the cephalopods for the frying pan. Nothing wrong with squid for breakfast, I say.