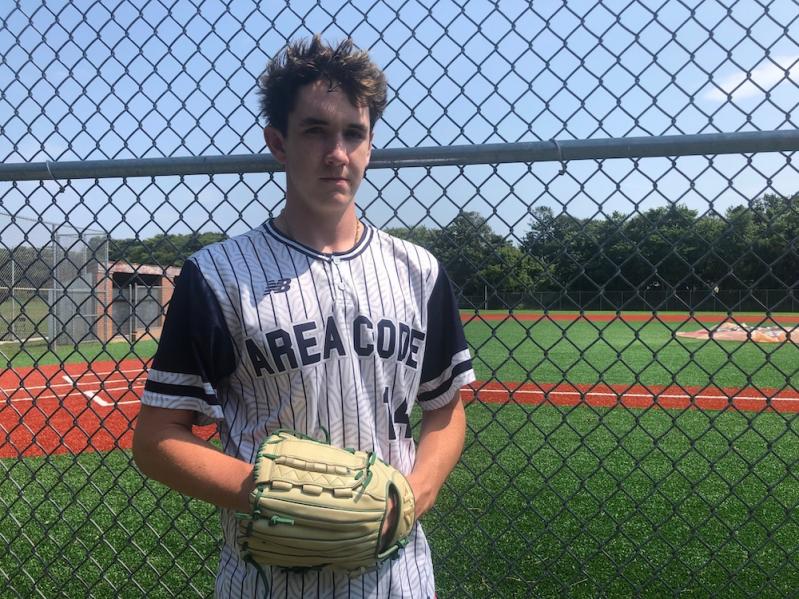 "It was the top 150 kids in the country that went, and to get into it, you needed to be recommended by a professional scout," said Ruddy, a 6-foot-5 right-hander who will be a junior this year.

"Colin takes a good first step and displays efficient footwork. He makes the routine plays and flashes a clean exchange," says his scouting report on the website of Baseball Factory, which helps athletes develop to reach college or the minor leagues. "Colin has the time and potential to further progress his skills on the field."

Baseball Factory also tracks prospects' velocities and other statistics, and says Ruddy has a control rating of 48. According to its scale, that would place him above college level. In the 2019 season his fastball topped out at 74 miles per hour, his changeup at 68, and his breaking ball at 66.

"I feel like, as a pitcher, it's really important to not walk a lot of people and not give people the free base," Ruddy said.

His ultimate goal is to become a major league pitcher. "I want to play college ball and then eventually play for the Yankees," he said. His favorite pro is Gerrit Cole, a right-hander new to the Yankees this year whose career record as of Aug. 19 was 98-52. "He is lights-out on the mound," Ruddy said.

Ruddy knew when he was just a toddler that baseball was something he wanted to pursue. He would practice with his brother, two years his senior. In leagues, "I got to play up a few years," he said.

He was chosen to play for the Bonackers' varsity team during the first day of tryouts in eighth grade. "I just went straight from middle school. The coach pulled me aside on the first day of J.V. tryouts, and they wanted me to play varsity."

During the pandemic, when all sports were stopped, Ruddy actually didn't mind. "It kind of just made me more determined because I had to find a way to get things done. . . . I would do workouts through Zoom and find the motivation within myself. . . . It really benefited me, if anything."

At home he celebrates Taco Tuesdays and watches a lot of movies. "My favorite movie is probably 'Step Brothers.' My favorite TV show is 'Gossip Girls.' " But, he said, baseball never leaves his mind.

It's now the off-season for Ruddy after the Area Code league wrapped up, but he is keeping in shape and staying locked in for the baseball season, whenever the time comes. "I really enjoy competing and being on a bigger stage. That's what drives me to be the best."