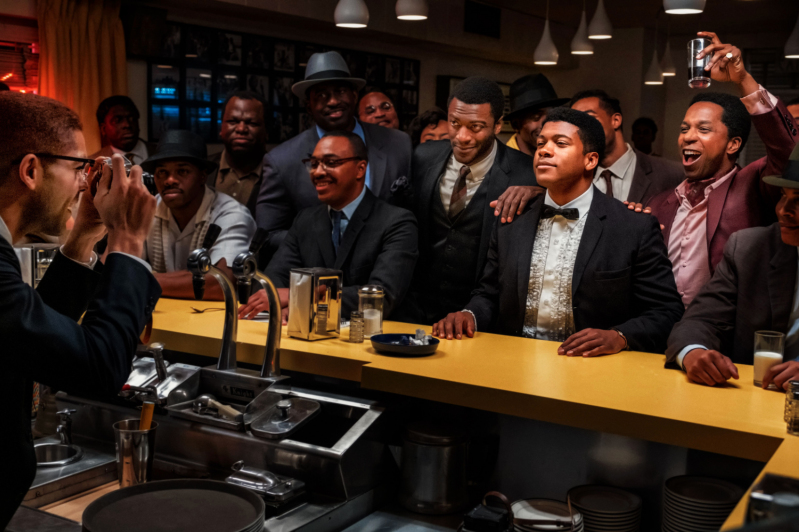 "One Night in Miami" is based on a play of the same name about a gathering of four giants of sports, music, and activism on the night of a major boxing upset in 1964.
By Jennifer Landes

The Hamptons International Film Festival's closing night film this year will be "One Night in Miami," directed by the actress Regina King. Starring Eli Goree, Kingsley Ben-Adir, Leslie Odom Jr., and Aldis Hodge, it is based on a play of the same name about a gathering of four giants of sports, music, and activism on the night of a major boxing upset in 1964.

Referring to Ms. King, David Nugent, the artistic director of the festival, said, "throughout the years, she has given phenomenal and groundbreaking performances, and we look forward to being able to now spotlight her craft and skill behind the camera with her directorial debut."

The festival opens on Oct. 8 with virtual and drive-in screenings and will close on Oct. 14.

Mr. Odom, who plays Sam Cooke in "One Night in Miami," will also participate in the festival's A Conversation With series of one-on-one interviews with actors and filmmakers. A Tony and Grammy Award-winning singer and actor, he originated the role of Aaron Burr in "Hamilton" on Broadway.

In other films announced this week, Greta Thunberg, the teen environmental activist, is the subject of the Nathan Grossman documentary "I Am Greta," which will be shown at the festival in its United States premiere and as part of its Air, Land & Sea section.

Lisa Immordino Vreeland's documentary "Truman and Tennessee: An Intimate Conversation" is about the writers Truman Capote and Tennessee Williams and their friendship over the years.

Frances McDormand stars in "Nomadland," Chloe Zhao's film about a woman on the ultimate road trip after a company town collapses in rural Nevada. Garrett Bradley's documentary "Time" follows Fox Rich on her quest to have her husband released from jail for a crime committed in the early 1990s, when they were in desperate straits. It is in the documentary competition section.

The festival's previously announced films are "With Drawn Arms," "Harry Chapin: When in Doubt, Do Something," "Nine Days," "Stray," and "The Father."