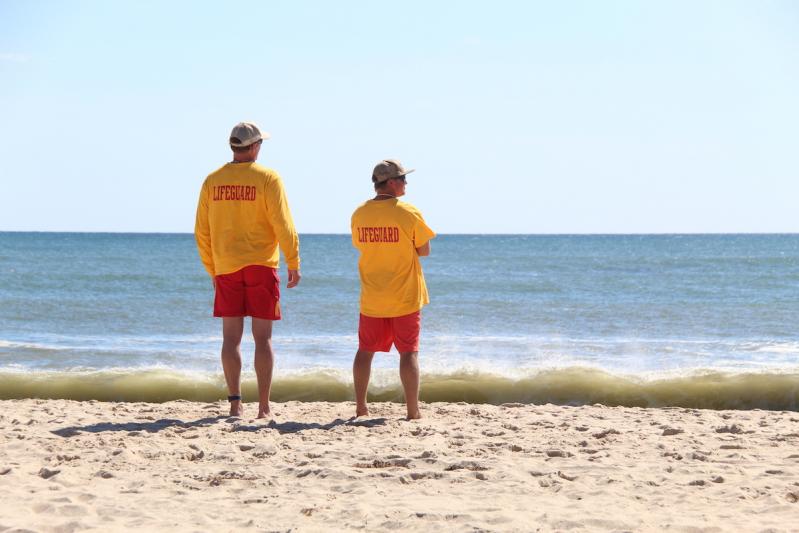 Dramatic rescues may grab the most attention, but lifeguards in East Hampton Town and Village save more swimmers each week than the average beachgoer might realize.

Drew Smith, the chief of the East Hampton Village lifeguards, said village guards made 37 saves between July 22 and July 30, all of them at Main Beach. The majority, 22, were from the easternmost lifeguard stand there, known to guards as "stand three." Mr. Smith said that there are two steady rips on either side of that lifeguard tower, that "have been there since I was 16." If people are swimming at that portion of the beach, he said it's important that they swim directly in front of the lifeguards.

While the outer beaches, Georgica and Two Mile Hollow, didn't require any lifeguard saves last week, he said "it's not that the outer beaches are safer, they just don't get the population" that Main Beach attracts. He said that Georgica Beach right now has "a little better sandbar" so it doesn't see as many rip currents.

In addition to their regular duties, village lifeguards were called upon Sunday to help a frantic mother find her missing child, last seen near the edge of the water. She was so panicked she neglected to give the guards the name or gender of the child. Mr. Smith said lifeguards "have the tools to help" in this situation, but it's important for parents to know what their children are wearing, and to give lifeguards a good description, including gender, age, and name. "We have a P.A. system and a lot of the time, a kid ends up being on the pavilion," he said.

In this case the child, a young girl, was found unharmed, down by the water's edge. "There was no safety issue," said Mr. Smith.

Not only does the site give real-time surf conditions, it also provides a surf forecast for the next seven days. A tide chart, water temperature, and even a brief weather report help give people all the information they need for a safe day at the beach.

Mr. Ryan said that saves are directly correlated to surf conditions. "A one-to-two-foot green-flag day doesn't mean there's not going to be rip currents, they're just not as strong," he said.

Indeed, well over half of this year's saves have been made on the 32 percent of the beach days that are characterized as yellow or red flag.

"People say they're just planning on going in up to their knees, but that's not always Mother Nature's plan," he said. "Disaster happens quickly. When a good swimmer panics, they quickly become a nonswimmer."

Jeff Thompson, the Amagansett district chief lifeguard, pointed out on the website that a full 95 percent of saves involved rescuing swimmers from rip currents. This underscores the importance of being able to identify rip currents before you jump into the ocean. He said most saves happen at Ditch Plain in Montauk and at Atlantic Avenue Beach, in Amagansett. That doesn't mean these beaches are inherently more dangerous. Like Main Beach, they just get more use.

Beach safety isn't only about the water, however. Mr. Ryan said the lifeguard association is providing free sunscreen for beachgoers on the back of each lifeguard stand in the town. "We're concerned about people's skin care too," he said.