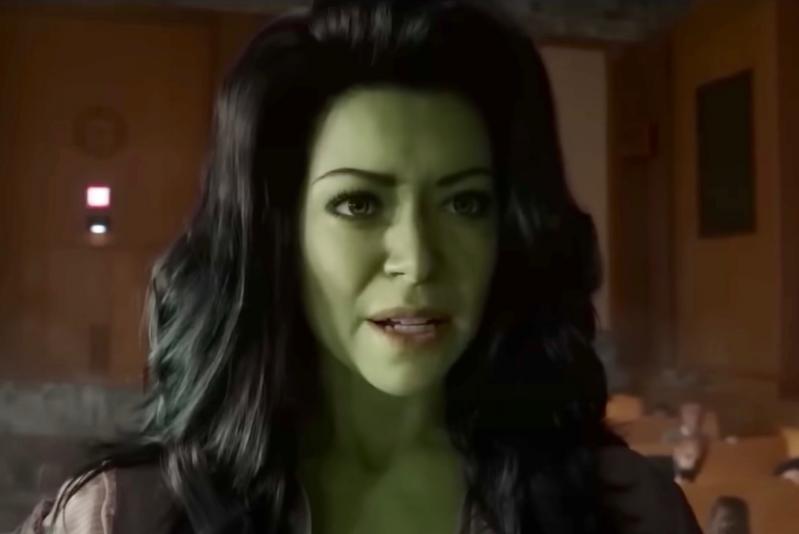 Shades of Shrek? In a screen shot from the “She-Hulk” trailer, a computer-enhanced Tatiana Maslany is the lawyer-slash-superhero.
Marvel Studios / Disney+
By Baylis Greene

Here at the house there’s been talk of overreach. No, I don’t mean F.B.I. raids or the Supreme Court. We’re talking streaming services, superhero programming, and the entertainment-industrial complex, which remains nearly as successful a global exporter as the military-industrial complex, and its runner-up in sheer waste.

The first rumblings came with the dead-on-arrival CNN streaming ser­vice, which precisely no one misses. Now HBO Max has just laid off 70 employees against a backdrop of creeping price increases — it’s been years since Netflix abandoned its $7.99 a month model, a deep and self-inflicted wound, Disney+ is going from $7.99 to $10.99, and the others, all of them, really, are phasing in an array of pricing choices, which simply means you have to shell out more to be spared gratuitous, irresponsible, unfunny advertising.

Every bubble must someday burst.

So Discovery takes over Warner Bros. and almost immediately the Batgirl movie is called off, even though it was essentially finished, in the can, shot in Glasgow, $90 million budget. (You might initially feel bad for the star, Leslie Grace, an interesting Bronx-born actress of Dominican descent, but with all the outraged chatter you sense her career will if anything get a boost.)

Purportedly the suits were worried about a heavy corporate debt load, but you have to wonder about a turning point. Regarding, among other things, superhero overload.

Because the news out of last month’s San Diego Comic Con was just that. With Marvel, for instance, there’s a “She-Hulk” series out today, seemingly played for laughs and C.G.I.-heavy, and in the TV pipeline “Agatha,” a witchy spinoff of “WandaVision,” which started well but ended badly, and “Echo,” another spinoff, this one starring a side character from “Hawkeye,” which didn’t know what it was or who it was appealing to. I’ll stop there, but did anyone at all express a desire for any of those titles?

Listen, Marvel, it’s been a good run. The Avengers movies were suitably epic, surely it’s a mistake to try to keep the string going without Chris Evans as Captain America or Robert Downey Jr. as Iron Man. It’s time to scale back.

As for a team of “supes,” fans like me are perfectly content with Prime Video’s savage takedown of the genre, “The Boys,” a dark imagining of what it would be like if they really did tread our Trumpian soil.