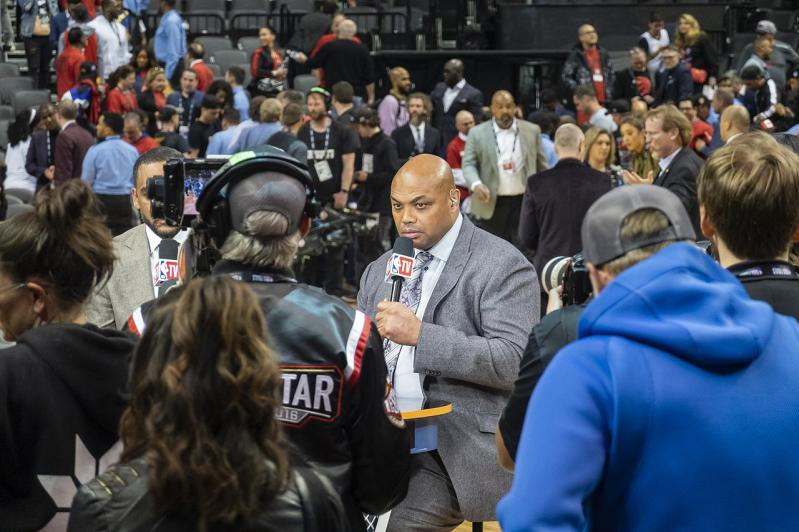 It’s only commentary, but seeing Charles Barkley and Kenny Smith butt bald heads, jest, parry, and thrust over the day’s hardcourt action is among the best television there is. On Sunday afternoon, for example, Smith simply and offhandedly cut through all the usual sports-talk blather with a quick disquisition on the essence of defense — pick up the point guard, watch for the pick-and-roll, and defend against the 3-pointer. That’s all there is.

He was referring to the N.B.A., but this was during a break in the N.C.A.A.’s March Madness, and it set off an argument with Barkley about what’s the root cause when a team (in this case Florida State) stinks up the place — sluggishness, jitters, maybe a contagious cold hand, or on the contrary the disruptive effects of good D.

The debate was left unresolved. Back to you in New York.

Those two are the last remaining vestiges of a watchable N.B.A., and mesmerizing in their mix of master-class knowledge hard won across long careers, mocking humor, and the clarity that comes with gravitas.

It was appropriate that about a year ago ESPN aired “The Last Dance,” the Michael Jordan documentary, just as we all entered lockdown, as for many of us fans the last time we mustered a care about professional basketball was his fending off of John Stockton and Karl Malone of the Utah Jazz with flair and force of will in the 1998 finals, his last with the Chicago Bulls. You might even say it was more about the drama than it was about Jordan. LeBron’s newfound political awareness aside, why every last player in the league since then seems jaded is one of life’s mysteries.

March Madness, thankfully, is different. And not only because it’s the smartest marketing campaign in sports history. It’s the mix, the variety of schools, regions, and styles, the way you can easily follow the inexorable creep of your favorite or your most hated team across the bracket toward the Final Four, how every year hustling underdogs trailed by goofy fans make unlikely runs deep into the tournament. And the characters, like that Butler University center a few years ago who filled his dorm room with obsessively collected empty Gatorade bottles.

He never could explain why.

Petition to Speed Up Sand Replenishment in Montauk
Artistic Portraits of M.L.K. Up for Auction on Saturday
Wine Tasting for Lions Club
END_OF_DOCUMENT_TOKEN_TO_BE_REPLACED