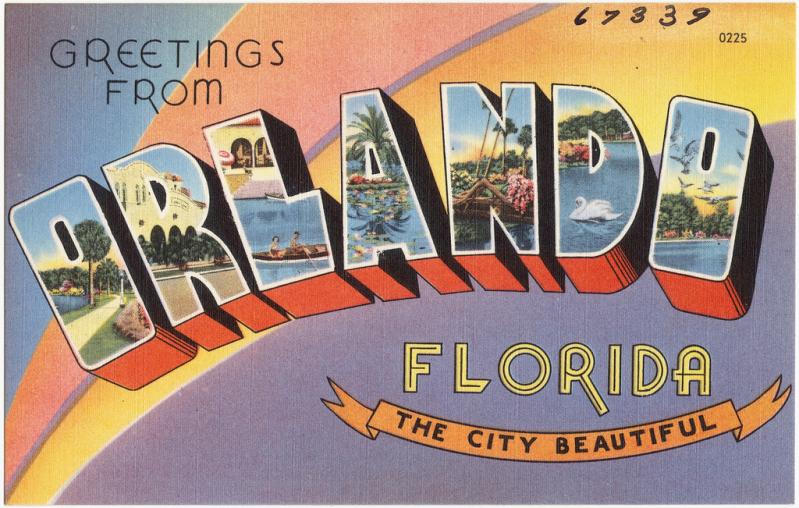 Prominent among the photos at my desk is one showing our family of five smiling for a selfie amid the Florida greenery. Disney World greenery, in fact, and yet the palm fronds were indeed real, not manufactured and placed just so.

That was December of 2016, so the kids were young — 8, 11, and 13 — the girls in Minnie Mouse ears, our son in a trucker hat showing Spider-Man rendered in full color by the great John Romita on a background of black-and-white Marvel Comics panels.

It’s the happiest picture I own. And I’m glad we got that visit in when we did, believe me, because time flies and obligations and viruses encroach. Yet every kid should make that trip. I know I did, at least three times in the 1970s, back when that World was still new. For years I even had an illustrated map of the place on a wall of my room in the old Bridgehampton farmhouse we rented. It detailed what I loved about that seemingly endless park — the separate, hermetically sealed lands where every detail had been carefully planned out, and where nothing ever changed.

(Or almost nothing. I noticed the Pirates of the Caribbean ride has been cleaned up for modern, politically correct sensibilities. But then what hasn’t been?)

People love to mock those who, say, head to Disney World for their honeymoon, but even that I can understand — it’s the pleasure of intimacy among the throngs, and the sheer relief of limited choices, if only briefly. Shall we eat at the restaurant in Cinderella’s Castle, or just cram a dog and watch the fireworks? Shop for souvenirs, or catch a late Jungle Cruise?

It’s like a trip back in time to the lost simplicity of only three networks coming over the airwaves to your rooftop antenna, back when people got along.

Now, the February school break has just ended, and it’s a bit of a bringdown, as we didn’t go anywhere or do anything much beyond starting a 1,000-piece puzzle depicting, its box boasts, a “life-of-the-party cheese board” laden to confounding complexity.

But then there were the kitchen gabfests, gathered around the center island, chewing over potential colleges, laughing at recollections of Golden Books and Woody and Buzz figurines, sippy cups and loaded diapers.

Those talks, as much as any photo, will be filed away for frequent reference. It all goes so fast, and it only gets faster.

Petition to Speed Up Sand Replenishment in Montauk
Artistic Portraits of M.L.K. Up for Auction on Saturday
Wine Tasting for Lions Club
END_OF_DOCUMENT_TOKEN_TO_BE_REPLACED