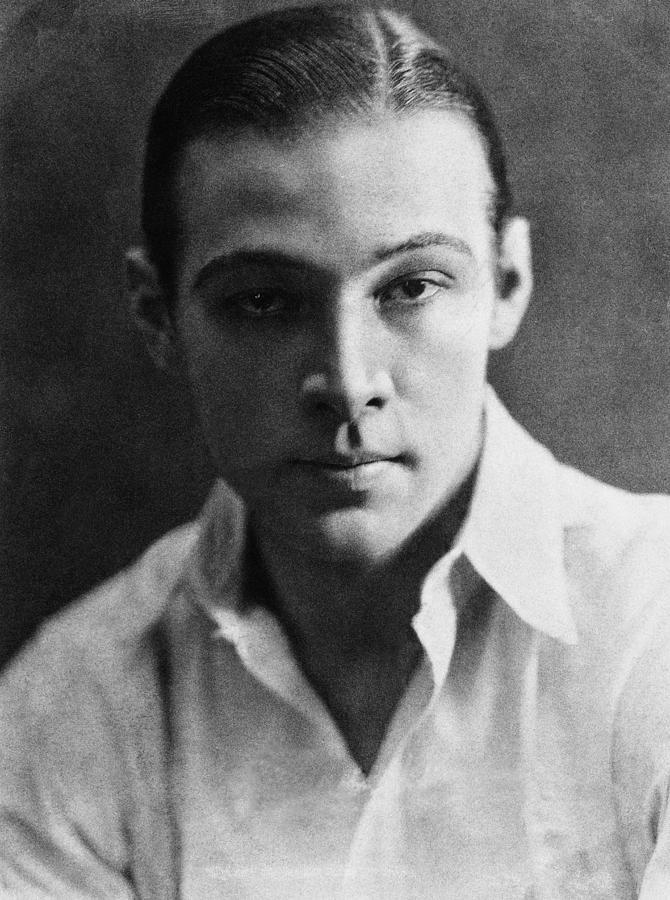 Did Valentino — seen here at the age of 23, in 1919 — really film at the Walking Dunes? Wiki Commons
By Bess Rattray

This is the 22nd column I’ve written since “The Shipwreck Rose” debuted on my daughter's 13th birthday in July. To the annoyance of the production manager, who has to squash everything onto the page, my emerging style is, I’m afraid, long-winded. It’s not that I think more words are necessarily better, it’s that my inner monologue, apparently, is one chatty broad: I write this thing, typically, between 6 and 9 in the morning — after force-feeding my children bagels and before logging on for another not-fun day of coronavirus contact-tracing work — and it’s easier to write down my thoughts as they come, in a flood, than it is to rework and condense them into a more concise and pithy four paragraphs. Ain’t nobody got time for trying to be Frederick Barthelme!

Stylistically, I am following in the footsteps of my grandmother — who for many decades wrote a Star column called “Looking Them Over,” which had a gossipy, girl-about-town tone, and went on and on and on — rather than following the worthy lead of my mother, whose “Connections” column was less wordy and more political.

Penning a newspaper column does, I’m realizing, familiarize you with your own embarrassing ticks and obsessions. Leafing back through five months’ worth of “Shipwreck Roses,” for example, I chuckle at myself as I realize exactly how much of my brain space is filled by thoughts of handsome movie actors. You, reader, may get worn out by my capacity to insert Colin Firth into almost any conversation, but oh, well. Movie-going as spark and fuel for creative endeavor — celluloid combustion — is a great American tradition. The poet Frank O’Hara liked to write about matinees and icy Cokes, too.

Indeed, it was a movie heartthrob who redirected my wandering attention to my grandmother’s “Looking Them Over” musings from the 1920s. The other night, sleepless, I decided 2 a.m. was a good time to try to determine if it was true that Rudolph Valentino had really filmed “The Sheik” — or “Son of the Sheik” — in the Walking Dunes. Most locals have heard this repeated: that Valentino and a cast of dancing girls with kohl-shaded eyes pitched their tents in the sandy wasteland east of the Napeague stretch, standing in for Algeria. I believe it may even have been my own father who started this rumor, in his 1979 nonfiction book, "The South Fork."

Problem is, I don’t believe either of the “Sheik” movies was filmed anywhere on the East End, even though the Famous Players-Lasky production company did have its headquarters relatively nearby, in Astoria. The book on my bedside table right now is “Dark Lover,” a hefty biography of Valentino by Emily W. Leider, and it is well documented that his blockbuster Bedouin bodice-rippers were filmed on location in Oxnard, Calif., and the Guadalupe dunes of Santa Barbara County.

“Each camp covered nearly half a square mile of sand, and over 200 people lived there,” wrote Ms. Lieder. “Eight-year-old Loretta Young, dressed as an Arab, was an extra.”

The East Hampton Star would have noticed if Valentino were galloping around the Walking Dunes in his burnoose. It was front-page news when Lasky shot a night scene at the Masonic Lodge in Sag Harbor, for a flicker called  “Back Home and Broke” in 1922. It was front-page news again in July of 1923 when Rudolph Valentino arrived on the Ziegfelds’ chartered steam yacht, Parthenia, to spend a weekend at the home of Mr. and Mrs. Bull on Huntting Lane — drawing a crowd of lovestruck bathers to observe him in his swimming costume on Main  Beach. But there is no printed record whatsoever of Valentino, the tents of Araby, or so much as a camel at the Walking Dunes.

While searching for Valentino’s ghost on Long Island, however, I did find reference to him in my grandmother’s “Looking Them Over” column. Typically opinionated and effusive, she described her potent impressions of Hollywood in a dispatch dated Nov. 28, 1924, when she was passing through California en route to Shanghai. She loved the landscape (“carpets of pink geraniums, English ivy, heliotrope,” palms of every kind, mountains for a backdrop). She hated the ugliness (“The eye is tortured by lurid signboards, gas stations, and women — women use more paint here than anywhere else on Earth”). And she giggled at the cars and the houses. The cars? Not luxury models, but a comical parade of jalopies, “anything that would go.” The houses? “Such teeny-tiny doll bungalows! Even Rudolph Valentino’s isn’t very big.”

Well, to borrow the punchline popularized on “The Office," that’s what she said.

Myself, I think Rudolph Valentino will always be large. Huge. Everything about him. It’s the pictures that got small.

I would like to run into Rudolph Valentino on Main Beach.

Most days, during this autumn phase of quarantine, I walk my naughty dog, Sweetpea, there, and lately as she chases the plovers and I dodge the foam by the water line, I let my mind wander to what it would have been like to meet Valentino in the bright sunshine of 1923.

If I could time-travel back to 1923, and do so in the form of my pale and large-eyed 20-year-old self — rather than the inconvenient physical form I now occupy — it might have been like a scene out of a semi-forgotten Valentino silent called “Moran of the Lady Letty,” in which he is a rich playboy and his co-star, Dorothy Dalton, is a sailor’s daughter in baggy trousers.

I’m not recommending  that you actually watch “Moran of the Lady Letty,” or even “The Sheik,” because the films themselves are a bit boring when viewed by 21st-century eyes. But please do give me five minutes of your time, go to Youtube, and type in the words “Valentino - King of Charisma,” to observe a few evanescent images, fragments of moments, of the greatest star there ever was on the silver screen.