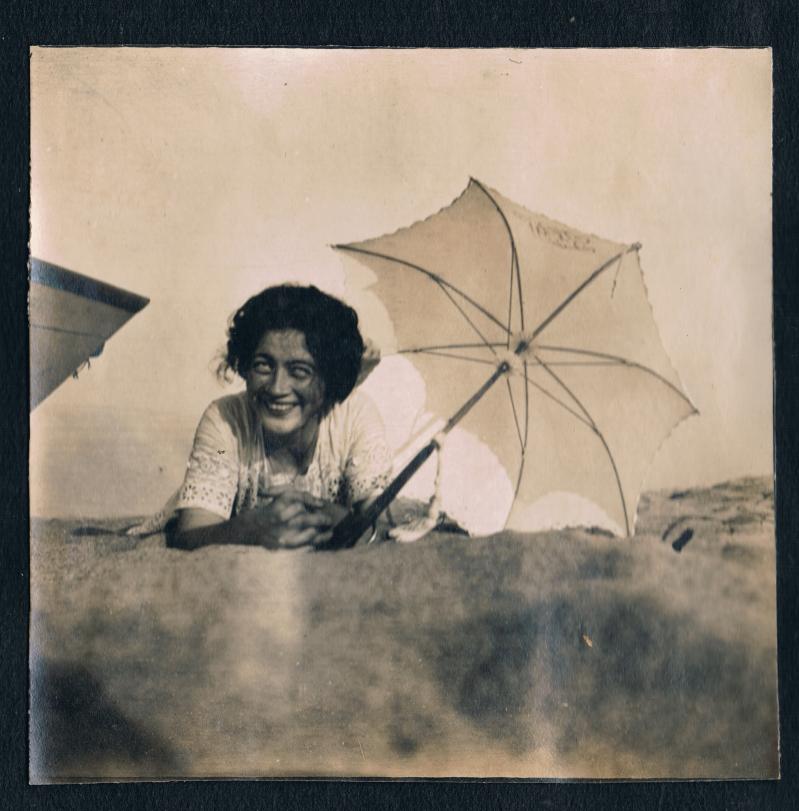 The reason humans like to be by the ocean, I think, is not just because we enjoy luxuriating in the sensory-bath of sun and coconut-scented Coppertone, but because the ocean is so large and so relentless, so outside of our control, that it frees our brain from its feeling of individuality. It’s like being inside the roar of the universe. You feel eternity in it. It obliterates our feeling of time passing.

My son, Teddy, at 11, still sometimes wants to discuss what superpower we would choose to have if we could be superheroes: teleportation? Flight? Invisibility? Super-strength to knock out the Electricity Beast from “Godzilla” with one punch? My answer is always the same: time-travel, of course. Why would anyone choose any other superpower? I don’t understand.

We, the Rattray family, have a tendency to get lost in time, to misplace ourselves in its flow. What I mean by this is that we have an inherited tendency to become wrap­ped up in the contemplation of the past, of sultry summers in 1688, of what the world was like in another decade or century (and to try to salvage scraps of those lost worlds, stockpile them in storerooms and under beds). I understand completely what happened to poor Miss Havisham in “Great Expectations”: She lost her way in time. She didn’t want to admit it was passing, didn’t want to release a certain piquant moment — and neither do we. We decline to notice time, as the cobwebs gather in the corners and our minds are elsewhere, concentrating on scenes of long ago.

It is my opinion that this is also what happened to the Beales of Grey Gardens, a mile or so from here.

Dreading the passage of time has been a preoccupation — during certain periods of my youth a genuine psychological obsession that might have been of interest to a child psychologist — since I was 5 or 6 and developed an aversion to the color yellow because it reminded me of the yellowing of the pages in a neglected book, or the yellow of the sand that baked in the sun at the edges of the crumbling black asphalt on Cranberry Hole Road, down by the fish factory at Promised Land.

When I was 12, I spent more time imagining myself elsewhere in space and time — specifically, Prince Edward Island at the turn of the last century — than I did awake and alert to the present moment and, you know, physical reality. It was a continual distraction during math class.

My daydreams of time-travel were, as daydreams usually are, quite petty.

They typically involved me journeying backward in a magical time machine (the design of which — a DeLorean, as in “Back to the Future”? the way-back machine from “Mr. Peabody” cartoons? — was of zero interest) to impress the olde tyme people I met with the surprising revelation of modern-day items I carried with me, concealed in my flapper-era Whiting and Davis gold-mesh purse or the pocket of my calico dress. Here is a comical example: One of my favorite seventh-grade daydreams involved knocking everyone’s socks off with my baking skills, which were aided by the Betty Crocker box-cake mix I had smuggled back to 1908.

In eighth grade, I graduated to imagining myself in the Jazz Age of F. Scott Fitzgerald, meeting the Lost Generation, piloting a Stutz Bearcat, and making a fortune by inventing pantyhose.

Another thing I would do in my spare time — which kids had plenty of before the internet — was try to actually still time, to make it stop, by concentrating as hard as I could as I stood inside a good moment. Thus I have preserved forever in amber a certain few seconds backstage during an adolescent production of “Our Town” at the John Drew Theater as the dust motes floated in the dry air between the wings and the heat from the stage warmed my left arm, and the bearded Vietnam vet at the lighting board crossed his legs, one ankle twisting around the other, and Katie Paxton emoted: “Do any human beings ever realize life while they live it? — every, every minute?”

As a self-appointed amateur expert, it’s my opinion that time is bendable, not fixed. It’s not just an illusion that time passes more quickly as you age. No, it’s not just that your adult brain learns to be more efficient at filtering out data it judges to be unimportant, but that time actually speeds up and slows down in an ebb and flow, throttled by our awareness. The passing of time is subjective, in other words.

Is this what physicists say? I don’t know. I never got to physics in school. I was too busy spinning Bill Haley records and daydreaming about teaching the Lindy hop to Jack Kerouac in 1949 while dressed in the cuffed Levi’s and bangle bracelets of a 1950s Beatnik chick.

Of course, the internet erases time by removing us from our bodies and our location on earth. Browsing the Ulta Beauty website for peppermint bubble bath, watching skateboarders on YouTube doing reckless things in abandoned swimming pools in Huntington Beach, Calif. — it’s like a fugue state.

Have you noticed all the late-night talk-show jokes and social-media memes making light of the ridiculously herky-jerky way time feels like it’s passing during the pandemic? (“It’s the elevendeetwelfth of Maypril!”) Teddy’s method of time-manipulation to escape This Awful Year is classic: He says he’d like to crawl into bed, zone out with Japanese anime, and eat ramen until mid-2021. I myself would prefer to step into Dr. Who’s TARDIS, land outside the San Remo Cafe on Macdougal Street on a late-spring evening of 1953, and work my way backward from there . . . but, finding that impractical, I am just going to the beach a lot.