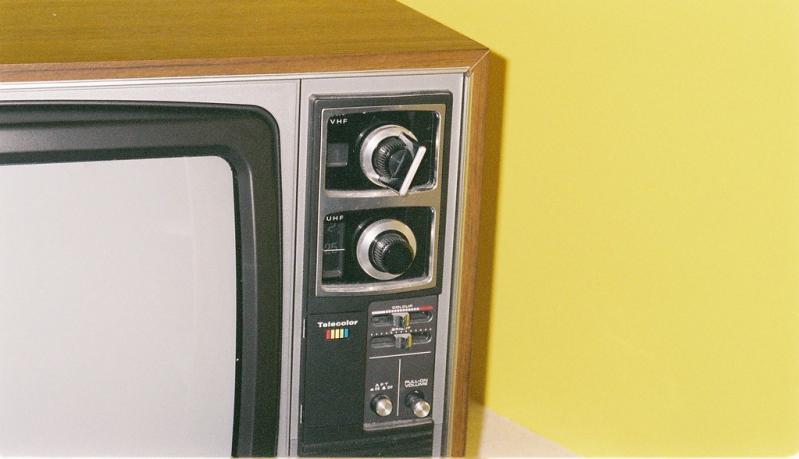 Analog envy? Memories of the tactile pleasures of turning those dials can be hard to shake.
Matthew Paul Argall / Creative Commons
By Baylis Greene

Streaming television is supposed to be sleek and high-tech, but its nether reaches remind me of the old UHF channels.

Into the mid-1980s I remember exploring with fascination those obscure high numbers on my family’s black-and-white TV set. There were precious few of them to be pulled in out here in the sticks, just a Connecticut station or two, one inevitably showing a sole lightbulb-headed newscaster speaking from a cheap set of plywood covered with what looked like felt, a desultory telephone mounted on the wall over his shoulder.

Another had rerun fare that didn’t even rise to the level of that engrossing family drama “Bonanza,” more like “McMillan & Wife,” starring a declining Rock Hudson. That show ran from 1971 to 1977, precisely when the creative forces of television production in Hollywood were so addled with sex and drugs they could do no more than unwatchably phone it in.

But it’s the news I’m interested in. I’m a Roku owner who recently cut cable TV’s cord as the monthly bill reached close to $300 for nothing more than a standard package of channels and three cable boxes, and so I can’t bear to pay for a single streaming service, not even 6 bucks a month for CBS All Access. Thus far, anyway. The pressure of resisting the Disney+, ESPN+, Hulu triple-play deal for $12.99 may yet break me.

All of which leaves me stuck with Roku’s free TV offerings, where the news is gamely delivered by what are clearly the network B teams. Brief programs will air, then they’ll be repeated in short order. As in days of yore, there will be one newscaster at a simple set, maybe a correspondent reporting from out in the field, and that’s it.

Still, I think I’ve stumbled across a star, CBSN’s Elaine Quijano, she of the odd, preternatural calm, whether detailing the latest hurricane’s destruction of Louisiana or interviewing another obfuscating Trump administration official. She’ll ask her question, always measured and soft-spoken, and then slowly blink, unflappable, through the coming nonsense, her serenity seeming to deliver a devastating judgment. The effect is mesmerizing.

My other discovery, as I deem it, among the free stuff is Reuters Now, news from the number-two wire service. What’s refreshing is not only the international focus (Manchester United, anyone?), but the absence of any talking heads. Video footage will air with narration coming usually from unseen British news readers over second-rate audio. It’s my new favorite.

The pleasure in limiting yourself strictly to streaming’s free programs is exactly that — the limited selection. Anything else is overwhelming. Let me put it this way, to quote those authentic American rockers, the L.A. band X: “Now there are seven kinds of Coke / 500 kinds of cigarettes / This freedom of choice in the U.S.A. drives everybody crazy.” 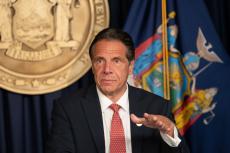