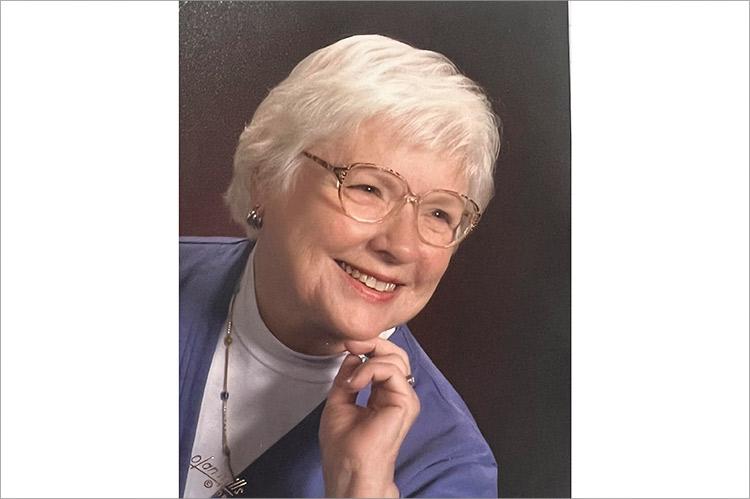 Nancy Johnston Mulford moved often after she married the Rev. David E. Mulford in 1961. A Presbyterian minister, he served in Albany, Chatham Township, N.J., and Vero Beach, Fla. After his retirement they moved to Black Mountain, N.C., and Skillman, N.J., but the couple always had a home on Buell Lane in East Hampton.

Reverend Mulford’s family was among the first settlers of East Hampton in the 1640s, and he was baptized, confirmed, and ordained at the Presbyterian Church here.

Ms. Mulford died last Thursday at Stonebridge at Montgomery, a retirement community in Skillman. She was 85 and had been ill with Alzheimer’s disease.

She volunteered in every community she lived in. While in Chatham Township she was active in the American Field Service, a student exchange program, and served as its area representative. She was on PTA boards there, was chairwoman of the Friends of the Library of the Chathams, and was named an Outstanding Volunteer of Morris County, N.J., in 1983.

As a member of a Presbyterian church wherever she lived, including East Hampton, Ms. Mulford served as both a deacon and an elder. She was a member and officer of P.E.O., an organization dedicated to providing educational opportunities for women, and belonged to chapters in New Jersey, Florida, and North Carolina.

The Mulfords led pre-retirement seminars for the Board of Pensions of the Presbyterian Church (U.S.A.), and Ms. Mulford managed the country store at Stonebridge for many years.

“She shared her artistic and teaching gifts with many generations of children and adults,” her family said, “and was especially well known for her wonderful classes in creating pysanky Ukrainian eggs. Her creative talents were endless and live on in those with whom she shared her creations and her talents.”

Ms. Mulford was born on Oct. 28, 1937, in Oak Park, Ill., to Herbert J. Johnston and Gladys Semple Johnston. She graduated from Amundsen High School in Chicago and Park College (now Park University) in Missouri. She spent her junior year of college at International Christian University in Mitaka, Japan, and later attended McCormick Theological Seminary in Chicago.

Ms. Mulford is survived by her husband, who lives in Skillman, a son, Stephen Mulford of Baltimore, and a daughter, Ann Youmans of Princeton, N.J. Three grandchildren, Carey Shallal of Princeton, Avery Sellers of Lusaka, Zambia, and Nicholas Youmans of Brooklyn, also survive, as does a sister, Bonnie Jacobi of Fairview, N.C., and three great-grandchildren.

In addition, her family said she will be missed by a number of foreign students who have lived with the Mulfords and became very much a part of their family: from Sri Lanka, Samatha James, Niloo James Hennings, and June James Bechler and their families; Bambang Gunawan of Indonesia, and Erika Schoonhoven-Lovera of the Netherlands.

A memorial service will be held at 2 p.m. on Tuesday at the Nassau Presbyterian Church in Princeton. Burial will be at the South End Burying Ground in East Hampton during the summer.