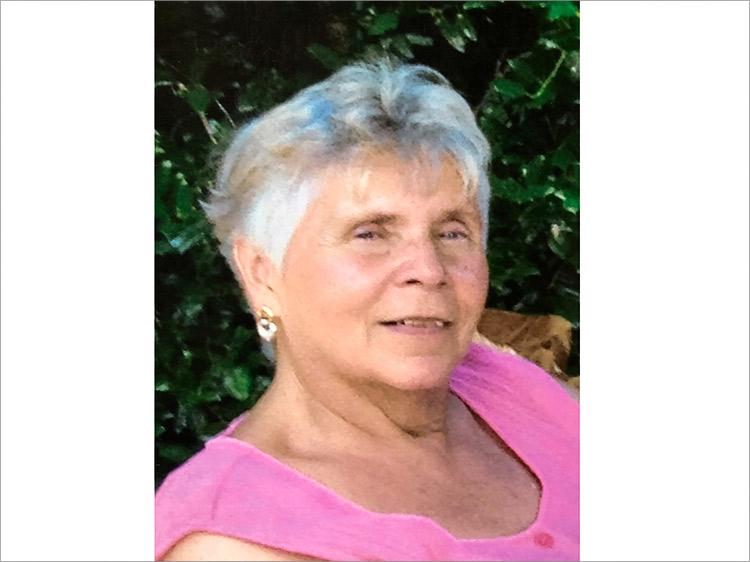 “The sun rose and set on her grandchildren,” said Kerri Webb, the daughter-in-law of Barbara Ann DiGate Webb of Amagansett. “She was a doting Nana, called them all the time, was always there, and would bring them a little something when they were little. She taught them all the old board games and loved playing with them.”

Ms. Webb died of congestive heart failure on July 18 at Peconic Bay Medical Center in Riverhead after an eight-month illness. She was 73.

According to Susan Parsons Knobel, her cousin, Ms. Webb loved being the great-granddaughter of Capt. Gabriel Edwards. “He was an offshore whaler who harpooned the last whale off the Amagansett shore in 1907. He regaled the family with tales of mermaid sightings,” Ms. Parsons Knobel wrote.

Ms. Webb grew up splitting time between Fresh Pond and Atlantic Avenue Beaches. Even as she aged, she could often be found at one of those two beaches, taking her breakfast and lunch should the weather permit.

“She’d call me from Fresh Pond just to tell me what the water looked like,” her daughter-in-law said.

Born in Southampton to Samuel DiGate and the former Mary Ellen Edwards on Nov. 23, 1948, she grew up in Amagansett, where she sang in the church choir as a child. She graduated from East Hampton High School, and that was where she met her future husband, Ronald Webb. They married in 1970 and would later divorce, remaining friends.

Through the 1980s and 1990s, Ms. Webb worked at the Whitman Galleries on Main Street in East Hampton. She also volunteered her time at the Amagansett Presbyterian Church, where “she didn’t miss the summer fairs,” her daughter-in-law said.

She was interested in local history and worked with the Amagansett Library to add to its archives. “She had great recall,” said her daughter-in-law, “especially for English history, the King Henry period. She loved all his wives and the drama.”

A gardener, she tended outdoor flowers such as hydrangeas and roses, but also took care of a greenhouse. “She loved the color orange,” her daughter-in-law wrote. “It’s an optimistic, vibrant, cheerful color, just like her.”

In addition to her daughter-in-law and her cousin, both of Amagansett, she is survived by her son, Ronald Webb Jr., and a brother, Sam DiGate of California. Her grandchildren are Riley and Seth Webb.

Ms. Webb’s ashes will be spread at her favorite beaches, Fresh Pond and Atlantic Avenue, at a private family gathering later this summer. Memorial donations can be made in her name to the Animal Rescue Fund of the Hamptons, at arfhamptons.org, or to any local food pantry.

Mashashimuet Park's History and Future
A Conference for Young People to Create Solutions
Get Outside, Get Moving
END_OF_DOCUMENT_TOKEN_TO_BE_REPLACED