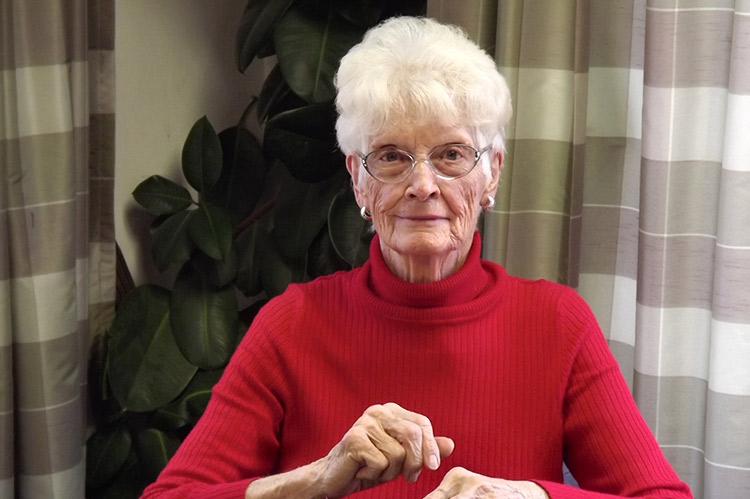 Joan M. Eichhorn, a former East Hampton Town employee who was born on Atlantic Avenue in Amagansett, died on Nov. 27 at the Hamptons Center for Rehabilitation and Nursing in Southampton, The Star has learned. The cause was Alzheimer’s disease. She was 87.

The oldest of three children, she was born in April of 1934 in the house of her grandparents Lena and Edward Lester to Alexander McGlashan and the former Elizabeth Lester. Her father, who had immigrated from Scotland, enlisted in the Navy, and as he was stationed in several places during his career Ms. Eichhorn never lived in one place for very long and always considered East Hampton her home, her family said.

After graduating from high school in Newport, R.I., she returned and married David Griffiths. The couple had two sons. After a divorce, she married Robert Eichhorn, and they had a daughter. Mr. Eichhorn died before her.

Ms. Eichhorn held various jobs over the years. She worked as an office assistant for the town, school bus driver, retail clerk for several stores including The Carousel on Main Street, and as a cashier at the old Bridgehampton I.G.A.

In 1997, she moved with her daughter to Phoenix. Her last and most amusing job was selling custom-made cowboy hats at the AzTex Hat Company in Scottsdale, Ariz., her family said.

She returned to East Hampton in 2015 to live with her son, Steven Griffiths. She enjoyed reuniting with old friends over lunch at the town’s senior citizens center. She loved animals, especially her dog, Skeeters, who would visit her regularly at the Hamptons Center, where Ms. Eichhorn lived in her final days.

In addition to her son Steven, she is survived by her other son, David A. Griffiths of Lewes, Del., and by her daughter, Charlotte Eichhorn of New Port Richey, Fla. Three grandchildren and two great-grandchildren also survive, as do many nieces and nephews. Her brother and sister died before her.

Ms. Eichhorn was cremated. A celebration of her life will be held on May 7 at 11 a.m. at the Amagansett Presbyterian Church, followed by a small reception. Her family has suggested memorial contributions to that church at P.O. Box 764, Amagansett 11930.