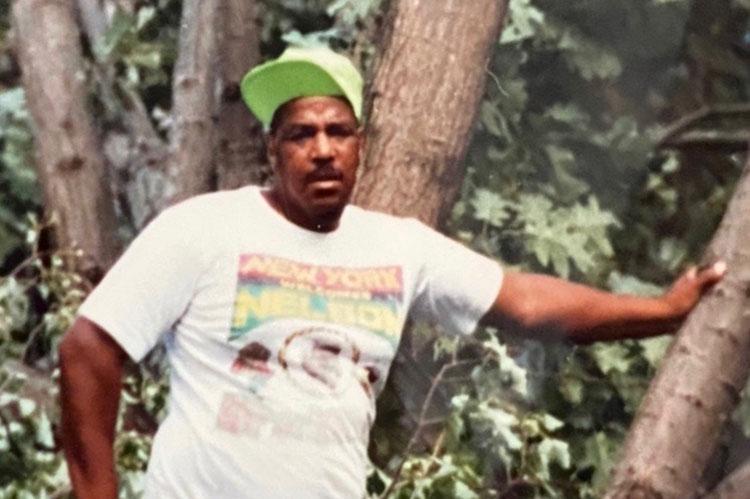 Ralph Gene Carter had a "wicked sense of humor" and will be remembered for "his love of reggae music, epic parties," and his efforts to win an award in the annual largest pumpkin contest in East Hampton, his family wrote.

A 1974 graduate of East Hampton High School, Mr. Carter, who was called Gene, ran a small landscaping and property management company for many years, servicing large estates on the South Fork with his faithful Airedale companions, Link and Shelter, along for the ride.

He was a man of many interests. A gifted photographer, he enjoyed chronicling family events and milestones. As a teenager, he once built a pyramid in his parents' backyard with an opening to stargaze and spent the summer living in it. Known for his culinary skills, he made amazing barbecue ribs, which he wouldn't eat himself because he was a vegetarian, and homemade wine. His favorite meal out: the Greek salad at John Papas Cafe in East Hampton.

Mr. Carter, a son of James O. Carter and the former Evelyn Hayes, was born on April 15, 1955, in Wainscott while en route to Southampton Hospital. He was baptized at Calvary Baptist Church in East Hampton, built by his grandfather and uncles, and grew up here, "proud to be a Bonacker," his family said.

Mr. Carter is survived by a son, Dennis Tyren Moore of East Hampton, and a stepdaughter, LaToya Spearmon of Calverton. Also surviving are his siblings Cheryl Carter of East Hampton, Kenny Carter of West Union, S.C., Jamie Carter of Lithonia, Ga., and Sheila Carter of Douglasville, Ga., his godchildren Walter Casiel, Tiffany Parks, and Lorenzo Smith, and his ex-wife, Mary Gilliam of East Hampton. He also leaves two granddaughters, Ariana and Aaliya Spearmon, a great-grandson, Joncler Trent, and a host of loved ones including extended family in Havelock, N.C.

For the past year, Mr. Carter had been planning another of his epic parties and spent considerable time calling family and friends to share his plans. A celebration of his life will take place on the date he had chosen for the party, Aug. 14.

Mr. Carter was cremated. His ashes will be buried at Cedar Lawn Cemetery in East Hampton alongside his mother. A wake will be held on Aug. 14 at 10 a.m. at Calvary Baptist Church, with a funeral to follow at 11. Masks will be required inside the church.