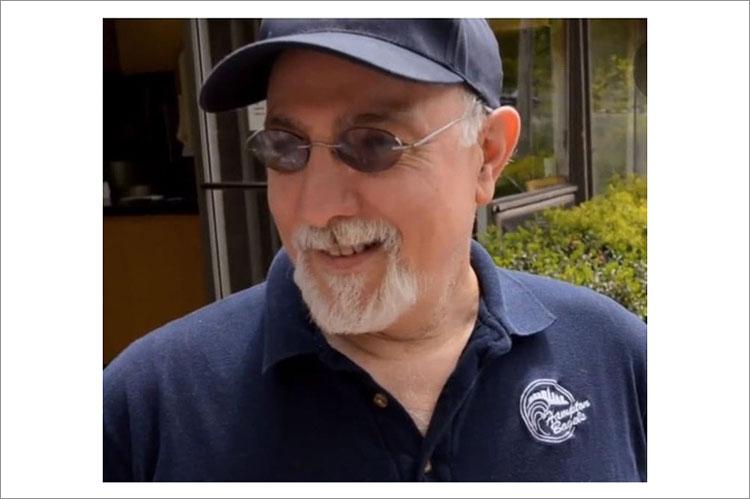 Robert Schepps was one of the first purveyors of bagels on the South Fork, having opened the East Hampton location of Hampton Bagels in 1999 following his success in Hampton Bays and Southampton. His "bagel family," as Mr. Schepps called his customers, reached far and wide, and he often donated bagels to senior citizens centers, food pantries, polar bear plunges, and memorial services.

Also known for his volunteer work and musical talents, Bob Schepps died of Covid-19 at Stony Brook Southampton Hospital on Jan. 17. The Southampton Village resident was 66.

He will be remembered for his smile and sense of humor, his family wrote. "Bobby Bagels will be sorely missed by all who knew him."

Born in Queens on Nov. 19, 1954, to Dolores Schepps, he was a member of the first graduating class of Centereach High School in 1971.

In his youth he was a pianist who played in rock bands at venues all over Long Island. He once backed Bo Diddley and got an offer to tour with Harry Chapin. Playing music was how he met his best friend, Dave Kurtinaitis, a drummer, and it was how he met his future wife, Jo Ann Paciulli.

He enjoyed watching the New York Rangers and Mets and playing golf every Monday. Each year at Christmastime he hosted a party for family, friends, neighbors, and anyone who needed a place to celebrate, playing carols into the wee hours of the morning. He also coached his children and grandchildren on Little League teams and cheered them on in theatrical performances.

Jo Ann Schepps, his wife of 45 years, survives him. He also leaves a daughter, Michaal Lyn Schepps of Hampton Bays, a son, Dustin Schepps of Southampton Village, and two grandchildren, Gabriel and Evey.

Mr. Schepps was cremated, and an outdoor memorial service is being planned for May. His family has suggested memorial donations to a GoFundMe page that was set up to help employees of Hampton Bagels, online at gofund.me/b1986a6d.