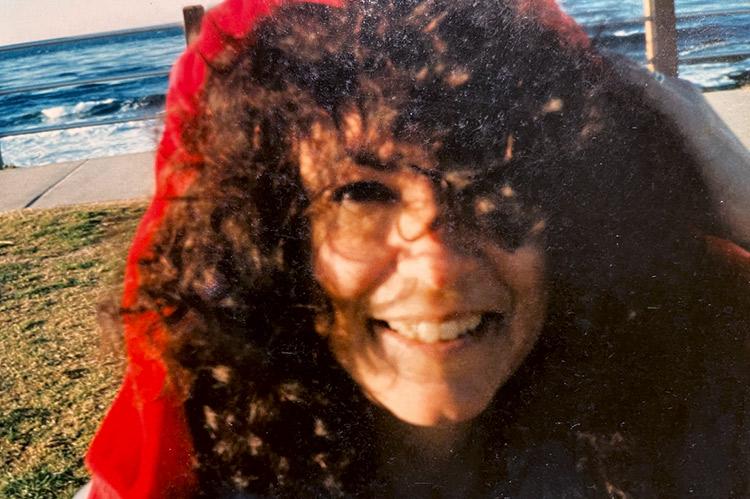 Ellen Frank followed her dreams despite the obstacles in her path. Four years after earning her doctorate and securing a tenured teaching position, she quit teaching in order to paint, despite the misgivings of her parents and her lack of formal training.

Ms. Frank, who died of cancer at 75 at Mount Sinai Hospital in Manhattan on Dec. 16 after being diagnosed just 10 weeks earlier, had a dream to start a foundation. “We talked to some people about it, and most of them said no, it’s going to be too much work for you, don’t do it,” recalled her husband, the composer Stephen Dickman. “But she did it anyway.”

In 2004, Ms. Frank founded the nonprofit Ellen Frank Illumination Arts Foundation, whose website describes it as “a change agent, using art as a driver of peaceful coexistence among former enemies, people from conflict zones, children of parents who murdered each other, and marginalized populations, even those having no language in common.”

“She did outreach, and immediately she had people come from all over the world to our house on Squaw Road in Springs,” said Mr. Dickman. “The house was filled with people living there and working on the artwork.”

“Cities of Peace,” the first work created at the atelier, consists of six-by-eight-foot paintings illuminated with gold. Each represents a different city that has been traumatized by war, and honors the city’s history and culture. Cities represented to date are Auschwitz, Baghdad, Beijing, Hiroshima, Jerusalem, Kabul, Lhasa, Monrovia, New York, Pristina, the capital of Kosovo; Sarajevo, and Yerevan, the capital of Armenia.

“Cities of Peace” premiered at the Laurie M. Tisch Gallery in New York in 2005, and was exhibited at the Cathedral of St. John the Divine four years later. “The works of art are the vehicle, the context, for understanding suffering in war-torn cities . . . and the value of cultural diplomacy as a force for peacebuilding,” says the website.

In Ms. Frank’s own words, “Through understanding the history and beauty of these great cities that have suffered strife, we can participate in the beauty of recovery and peace.”

Ellen Eve Frank was born in Los Angeles to Justin Arthur Frank and the former Dorothy Cohen on April 26, 1946. She earned a B.A. from the University of California, Berkeley; an M.A. in English literature from Yale, and a Ph.D. in English literature and the visual arts from Stanford. As a Fulbright Fellow from 1971 to 1973, she pursued graduate studies at the Courtauld Institute of Art in London.

She was an assistant professor of English at Berkeley from 1973 to 1977. Her book “Literary Architecture: Essays Toward a Tradition: Walter Pater, Gerard Manley Hopkins, Marcel Proust, Henry James” was published by the University of California Press.

After leaving Berkeley to paint, she rented a loft in San Francisco. At the same time, Mr. Dickman sublet a friend’s loft nearby. “Ellen and I were neighbors. That’s when I met her.” They were married on July 30, 1978.

Not long after, the couple drove cross-country in her pickup truck. They lived for a time in New York City before moving to the Berkshires, where Mr. Dickman had had a fellowship years before at Tanglewood.

“Ellen was not really a mountain person, she wanted to be by the water,” said Mr. Dickman, and after a friend suggested she move to East Hampton, where there were so many artists, they found a winter rental on Neck Path in Springs. In 1986, they bought the house on Squaw Road.

In addition to the Fulbright, Ms. Frank’s many awards included grants from the National Endowment for the Arts, the Ford Foundation, the American Institute of Graphic Arts, the Pollock-Krasner Foundation, the New York State Council on the Arts, and the New York Foundation for the Arts. In 2018, she was named a Fulbright Specialist in Peacebuilding and Reconciliation, a program established by the federal Department of State.

Mr. Dickman joined his wife at each city she was working in, a month or so after she arrived. “She would already have a group of 20 or 30 young people surrounding her and happy to come and work on the painting. She included everybody.”

In Kosovo, at a party to celebrate the completion of the painting there, the president of the city’s university gave a speech. “He said Ellen was like Mother Teresa in her generosity, and the benefit she gave the people she worked with.”

In addition to her husband, Ms. Frank is survived by their daughter, Nyssa Frank of New Orleans, a multimedia artist and founder of The Living Gallery in Brooklyn. She also leaves a brother, Justin Frank, a psychiatrist in Washington, D.C.

A memorial service was held at the Jewish Center of the Hamptons on Dec. 22. Memorial contributions have been suggested to the Ellen Frank Illumination Arts Foundation, online at efiaf.org/home/donate.