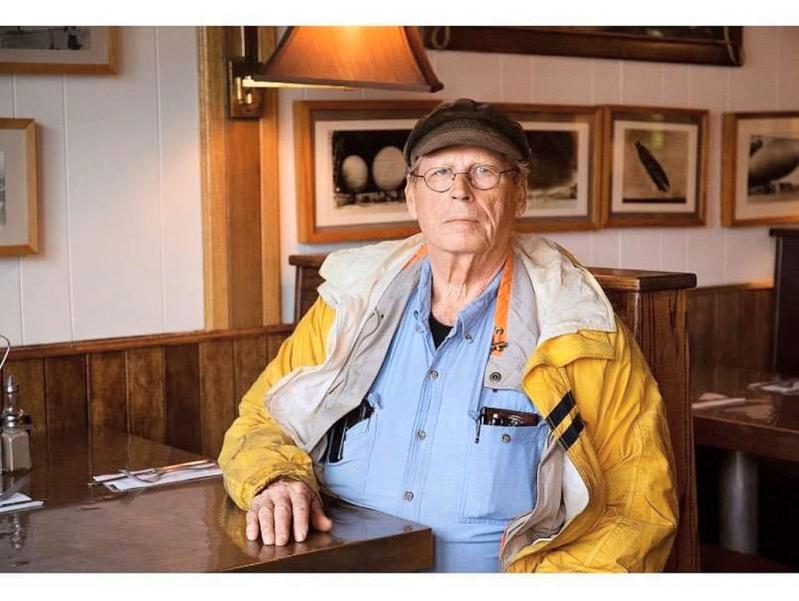 Jimmy Hewitt, a storied figure in Montauk and longtime owner of the Shagwong Tavern and several other hospitality businesses in the hamlet, died in Montauk on Sept. 3 surrounded by his family. The cause was congestive heart failure. Mr. Hewitt was 79.

Tributes to a man described as a larger-than-life being who was unfailingly kind and generous to friends and strangers alike abounded as word of his death spread. "If you knew him, you were one of the lucky ones," his son Shawn Hewitt of Montauk wrote on Facebook. "He would give you the shirt off his back. He made sure nobody ever went hungry and you always had a place to sleep."

James Francis Hewitt was born in the Bronx on April 16, 1941, to George Samuel Hewitt and the former Eileen Mary Geddis. With his parents and eight siblings, he moved to Montauk at an early age. His father had bought a house, for $1, from New York State, which he moved from a site near the Point to Old West Lake Drive.

After graduating from East Hampton High School, Mr. Hewitt became the youngest executive chef for the Sheraton Corporation, overseeing its hotel in Boston. He was also executive chef at Sheraton hotels in Queens and Rochester.

While living in New York City, he met Angel Canoughton. They were married in Queens on Sept. 25, 1962, and settled in Montauk, where they brought up three children. Mrs. Hewitt died in 1993, 27 years to the day before Mr. Hewitt's own death. Mr. Hewitt bought the Shagwong Tavern in 1969.

He acquired Ruschmeyer's, on Second House Road in Montauk, in 1980, where he ran an inn, restaurant, and catering business. In 2001, he bought Gatsby's ice cream parlor, two doors down from the Shagwong Tavern, and he operated concessions at the Montauk Lighthouse and the state parks at Montauk Downs and Hither Hills.

"Jimmy's interests and pleasures were many," said Catherine Ecker, a friend of the family and former Shagwong employee. "He loved to travel, and many adventures were had with family and friends. He was an avid reader who had often finished The New York Times cover to cover by the time many of us arrived for work." A music fan with eclectic taste -- "the Boston Pops playing in the Shagwong kitchen was a Sunday tradition," Ms. Ecker said –- he "could belt out a traditional Irish song when the occasion was fitting."

"His knowledge of food, both classical and modern, was limitless," Ms. Ecker said. "He would reinvent and energize the restaurants regularly, and he was known for his ever-changing menus and innovative style."

He loved art and photography, interests that led to a long and close friendship with the photographer and artist Peter Beard, another celebrated Montauk resident who died earlier this year. It was through Beard, a bon vivant who brought many celebrities to his property on the Montauk bluff, that the Rolling Stones came to Montauk, and to the Shagwong, in 1975.

"[Mick] Jagger would come in at night, late," Mr. Hewitt told East, The Star's magazine, remembering the exploits of the "greatest rock 'n' roll band in the world" at his bar. "They'd hang out for a while, run up a tab, Peter Beard would pick up the bill. Swapped off the tab for pictures."

While the Memory Motel, to the west on Main Street, would be memorialized on the Stones' next album, "Black and Blue," the band spent a lot more time at the Shagwong. "We would go down to the Warhol estate," Mr. Hewitt told East, remembering the band's rehearsals at the artist Andy Warhol's Montauk property. "A lot of times we'd go and listen. They didn't start until midnight. They would play and do their thing -- in excess."

Mr. Hewitt was known for his sense of humor and dry wit, and especially for his hospitality. "Countless numbers of people arrived in the Shagwong and were offered jobs, lodging, and a family to be part of as they became members of the Montauk community," Ms. Ecker said. "So many people who wished to follow the seasons and the surf knew they could return to Montauk and their friend Jimmy would find a spot for them. Those people contributed greatly to Montauk's cool and unassuming atmosphere that will always be loved here, no matter how much times change." Mr. Hewitt was on the board of the Montauk Playhouse Community Center, and was a member of Concerned Citizens of Montauk and the hamlet's chamber of commerce and citizens advisory committee. He was a commissioner of the Fire Department and an honorary chief, and was chosen to be grand marshal of the Montauk Friends of Erin's 1998 St. Patrick's Day parade.

A second marriage ended in divorce. In addition to his son Shawn, he is survived by another son, Christopher Hewitt of Bluffton, S.C., and two daughters, Kathleen Hewitt of Montauk, who was his primary caregiver through the latter part of his illness, and Jane Hewitt of Montauk and New York City. A grandchild, James Hewitt of Montauk, also survives, as do his siblings Peter Hewitt of Montauk, Phil Hewitt and John Hewitt, both of Stuart, Fla., Patsy Johnson of Escanaba, Mich., Alice Magowitz of Boca Raton, Fla., and Ocean City, Md., and Norah McGough of Berwick, Me. Many nieces and nephews also survive. A brother and a sister died before him.

Mr. Hewitt was cremated. His ashes will be buried next to those of his wife at Fort Hill Cemetery in Montauk. Because of the coronavirus pandemic, a memorial service will be held on a date to be determined.