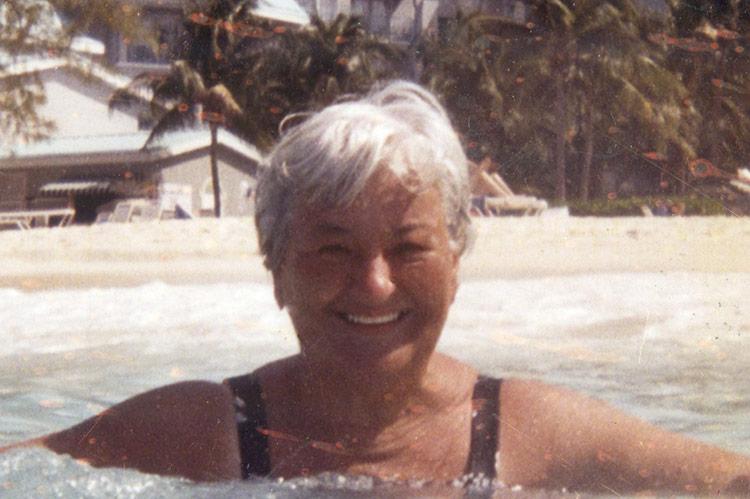 Joan Harrison, who was employed for almost 20 years in East Hampton as the personal assistant to Anthony Duke, the founder of Boys and Girls Harbor, died on Feb. 27 at home in Fort Collins, Colo. She was 88.

Born on April 28, 1931, in Flushing, Queens, she moved to Glen Cove after getting married. With a deep connection to the sea, she loved to spend time with her children at Prybil Beach there, on Long Island Sound.

In 1968 the family moved to Watchung, N.J., often taking trips to the Jersey Shore. The marriage ended in divorce, and later, with her youngest child, Kathleen Rafferty, she moved upstate to Bridgewater, N.Y.

As a young woman, Ms. Harrison worked for a number of years for the Lancome L’Oreal cosmetics company, as the firm’s director of travel and meetings. In 1993 she built a house in East Hampton to fulfill, her family said, a lifelong dream of living close to the ocean. She and Ms. Rafferty lived here for about 18 years, while she was working with Mr. Duke.

In 2011, she moved to Fort Collins to be closer to her eldest daughter, Ann Rohr. The family said she missed the ocean, but was “awed by the Rocky Mountains and Horsetooth Reservoir.” Her smile lit up a room, they said, and she had “an infectious zest for life.” She loved to entertain.

She is survived by three daughters. Ms. Rohr lives in Fort Collins; Ms. Rafferty, in Greenport. Her third daughter, Susan Traver, lives in Bethesda, Md. Six grandchildren survive as well. A son, Thomas, and another daughter, Nicole, died before her.

In accordance with her wishes, she was cremated and her ashes will be returned to East Hampton. A service will be held on a date to be determined.