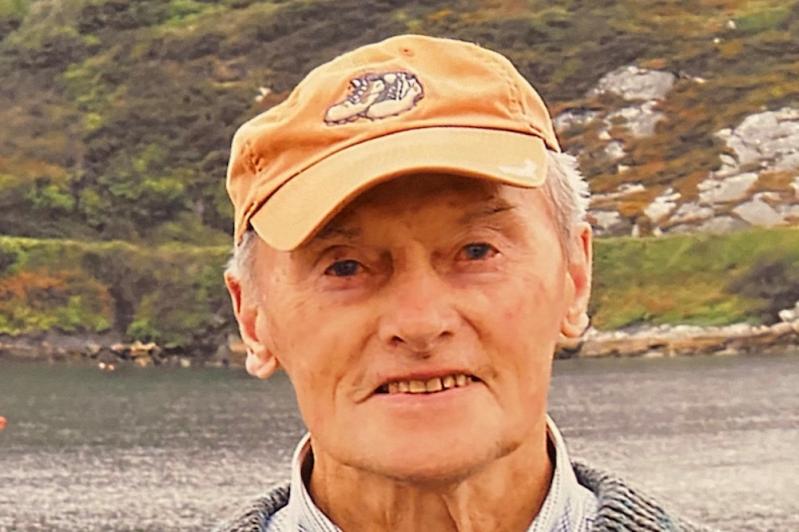 Michael Christopher Regan enjoyed living in East Hampton but never lost his love for his hometown in Ireland. Mr. Regan, who was 94, died of cardiac failure on Oct. 5 at his apartment in Mamaroneck, N.Y., surrounded by family, who wrote that his Catholic faith "gave him comfort and purpose throughout his days."

Born on Dec. 19, 1925, in Bantry, County Cork, he was the youngest of five children of Michael Regan Sr. and the former Kate Manley. He was an inquisitive boy who was diligent about getting to school on time. "He would always talk about riding his bike 12 miles each way to St. Faulkner's School in Skibbereen in rain or snow," the family said.

A thirst for adventure and life outside the family farm in Dromore led him to Liverpool, England, where he became a police officer. In 1953, he was on board the U.S.S. United States when the ship departed from Southampton, England, on its maiden voyage to America.

At an Irish dance in New York City, Michael Regan and Elizabeth Corkery met. They were married in September 1958 and made their home in Riverdale, a residential neighborhood in the Bronx, rearing four children and becoming 30-year active members of the parish of St. Margaret of Cortona.

Mr. Regan's career in the hotel industry spanned 43 years. He worked in many upscale hotels in the city, among them the Manhattan, the Americana, and the Helmsley Palace. "You would always hear Michael casually regale his family with his stories of his brushes with celebrities," his family wrote.

In 1995 the Regans retired to East Hampton, where the beaches, beauty, and serenity reminded Mr. Regan of his beloved County Cork. They kept an apartment in Mamaroneck to visit relatives and friends nearby. In East Hampton, they were members of Most Holy Trinity Catholic Church.

Mr. Regan, who enjoyed music and traveling, went back to Ireland often until he was 90 years old. Family members said he could always be found, later in life, sitting in his chair, a cup of tea in hand, reading The New York Times from cover to cover, or pulling out his harmonica from his pocket and warbling "Danny Boy" or "Down by the Sally Gardens."

"There was many a time where you could hear Michael singing the lyrics from the 'Isle of Innisfree' that so poignantly reflected his love of his homeland," the family wrote.

Mr. Regan, whose wife died in June, is survived by their four children, Mary Regan of East Hampton, Kathleen Regan of Amagansett and Brooklyn Heights, Finbar Regan of Larchmont, N.Y., and Eileen Regan of Westport, Conn. He also leaves eight grandchildren. His four siblings all died before him.

A funeral Mass was said on Oct. 8 at Saints John and Paul Parish Church in Larchmont, with burial following at Gate of Heaven Cemetery in Hawthorne, N.Y. The family has suggested memorial donations to St. Patrick's Cathedral in Manhattan, online at saintpatrickscathedral.org.

Trees, Wreaths for Sale in Amagansett
Holiday Cheer Is Coming to Sag Harbor
Even More Thanksgiving Options From the Pike and Old Stove
END_OF_DOCUMENT_TOKEN_TO_BE_REPLACED