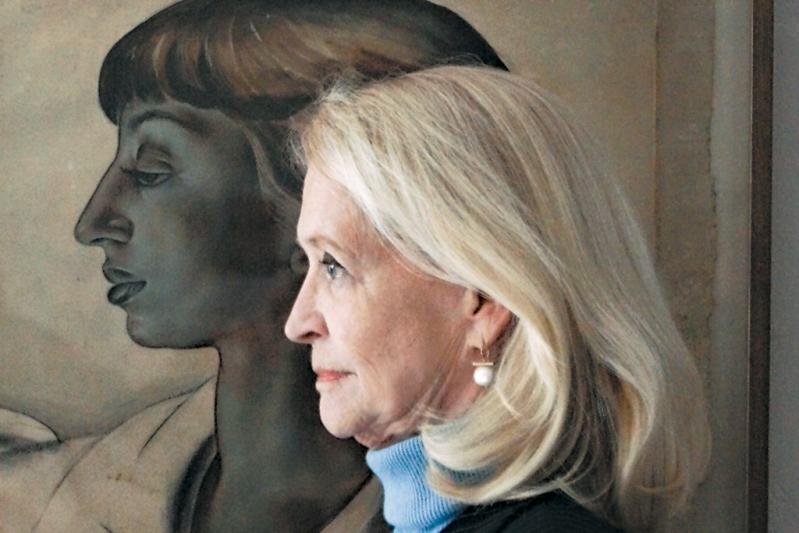 Ruth Appelhof with a portrait of Lee Krasner at the Pollock-Krasner House and Study Center in 2017. A book about the summer Ms. Appelhof spent living in the house with Krasner will be published in May.
Durell Godfrey
By Jennifer Landes

Ruth Appelhof, the director at Guild Hall from 1999 to 2016 and an art history scholar, died on Thursday at home in Springs after living two years with leukemia, according to her husband, Gary Adamek.

Following a lifetime of energetic and diligent work, she did not let her cancer be an impediment. In recent months, she appeared at events to publicize "Lee and Me: An Intimate Portrait of Lee Krasner," which is scheduled to be published on May 19. She took up the research and book project after her retirement from Guild Hall. It is based on time she spent living with and interviewing the artist Lee Krasner at her house in Springs in 1974, when Ms. Appelhof was a graduate student at Syracuse University.

Her tenure at Guild Hall was marked with a reinvigorated program of theatrical events, well-reviewed and attended art exhibitions, and the expansion and restoration of the building and theater.

A private graveside service will be held by her family when it is safe to do so. A celebration of her life will take place at a future date at Guild Hall.