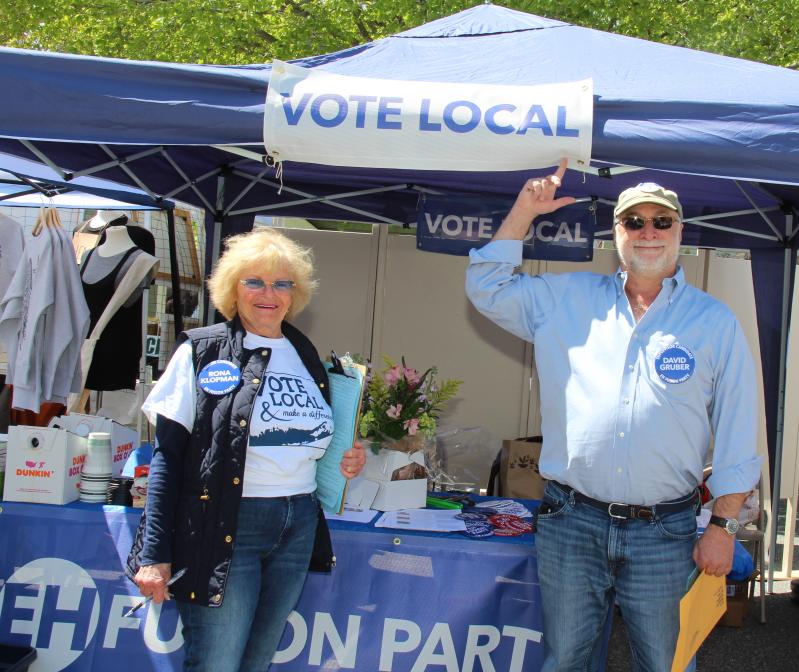 The EH Fusion Party, which includes candidates affiliated with the Republican and Independence Parties as well as a caucus within the Democratic Party known as the East Hampton Reform Democrats, has filed a nominating petition for a ballot line in the Nov. 5 general election, meeting the deadline for submission.  According to a statement from the party, the petition, filed on Tuesday, bears the signatures of more than 1,000 registered voters in East Hampton, almost double the number required, 553.The candidates sought a ballot line on which they could run as a unified group after the East Hampton Town Republican Committee was told it could not put people who are not registered Republicans on its line. The move is an effort to pierce the East Hampton Democratic Committee’s dominance in town government: Democrats enjoy a 5-0 supermajority on the town board, and seven of the nine town trustees are Democrats. Among those Democratic trustees, however, are two who will appear on the EH Fusion Party line. “I spoke with hundreds of people in the course of gathering signatures on both Democratic Party and EH Fusion Party nominating petitions,” David Gruber, the party’s nominee for supervisor, said in a statement from the party. “There is a strong and widely held desire within the electorate for competitive elections rather than one-party government. We have now made sure there will be a competitive election. Our community will be stronger for the effort we have made.”Rona Klopman, an EH Fusion Party candidate for trustee, said in the statement, “Between the petitions carried by the Republican Party, the Independence Party, the East Hampton Reform Democrats, and the EH Fusion Party, more than 2,000 East Hampton voters have signed petitions to get our candidates on the ballot in November. That is almost surely a record for an East Hampton election.” A Democratic primary election will happen on June 25. Five Fusion Party candidates will appear: Rick Drew and Dell Cullum, the incumbent trustees; Stephen Lester, a former trustee; Ms. Klopman, and Justice Lisa Rana, who is also an incumbent. “We will waste no time in making our views known to the voting public,” Ms. Klopman said. Bonnie Brady and Elizabeth Bambrick are the party’s nominees for town board. Also on the Fusion Party line for trustee are Susan Vorpahl, David Talmage, Michael Havens, Fallon Bloecker-Nigro, and Simon Kinsella. The party has also endorsed Stephen Lynch, the incumbent highway superintendent, and Jill Massa and Jeanne Nielsen, incumbent assessors.