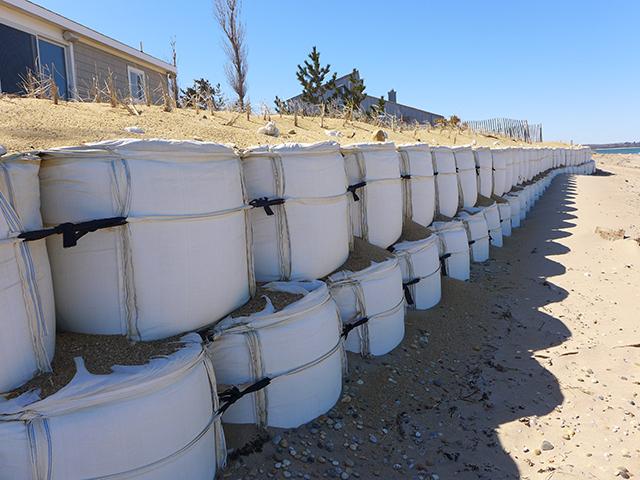 Sandbags placed on the Gardiner’s Bay shore on behalf of the designer Stella McCartney and her husband, Alasdhair Willis, and a neighbor have blocked a traditional beach access path used by residents of Bay View Avenue on Lazy Point in Amagansett.