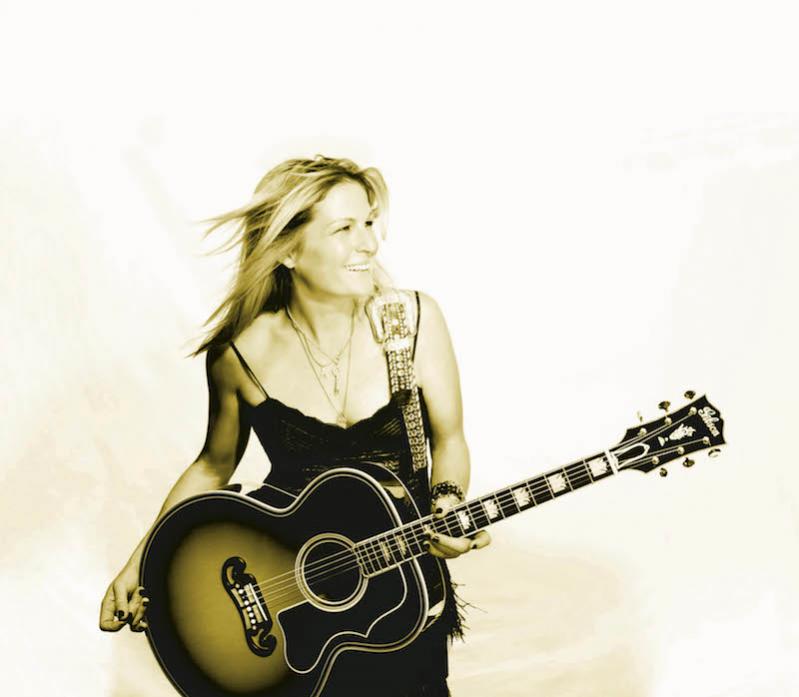 Nancy Atlas, a Montauk singer-songwriter who is a fixture of the East End music scene, asked the town board to "consider the side effects" of proposed changes to East Hampton's music entertainment permits.
By Christopher Walsh

Musicians and owners of venues that host live music fear that proposed changes to East Hampton Town Code could silence them and stifle performance opportunities, and the revenue that comes with them. The East Hampton Town Board will hold a public hearing on the amendments at its meeting tonight at 6:30. Board members have cited a few problematic establishments in Montauk, including Ruschmeyer’s and Grey Lady, that have generated complaints about noise and overcrowding — as well as successful prosecution of violations — as the catalyst for proposed revisions to the music entertainment permit rules. The Surf Lodge, also in Montauk, which hosts live music several evenings per week during the summer, has drawn large crowds to its location on Fort Pond, creating unsafe conditions on Edgemere Street and disrupting traffic near the hamlet’s firehouse, the town says. (A separate story on a town and state liquor authority decision to prohibit live music at the Surf Lodge appears elsewhere in today’s paper.)“If you’re continuously violating” the code, “maybe that means your management can’t handle having music on the premises,” Michael Sendlenski, the town’s attorney, said. “You do have establishments that have a history of noise. We do get complaints.” Music tends to draw a crowd, which can lead to overcrowding, he said, and proper ingress and egress must be maintained for public safety. One revision to the code would make music entertainment permits valid for one year; they currently renew automatically. Also new would be the town clerk’s ability, at his or her discretion, to deny approval of a music entertainment permit to any establishment based on two or more convictions relating to any section of town code pertaining to music entertainment, fire prevention, special events, noise, or zoning within the previous 36 months. Applicants would be able to appeal, but only in writing and within 30 days of the denial, to a committee comprising emergency management, Building Department and Code Enforcement, and fire and police officials. Also added to the proposed legislation is the explicit decree that a permit does not confer additional or accessory use, or expansion of an existing or accessory use, such as a restaurant’s conversion to a nightclub, dance hall, or concert venue. Some restaurants, board members have said, have cleared their dining room of tables and chairs to accommodate late-night revelry. A music entertainment permit “does not automatically mean you can become a dance hall, nightclub, or create a concert venue without going through site plan approvals for those uses,” Mr. Sendlenski said. Another change would require presentation of a certificate of occupancy or other evidence that a restaurant or bar is an approved use of the property, and information as to whether an establishment’s owner has been convicted of any violation of town code in the prior 36 months, the latter provision increasing from 18 months. Only bars or taverns and restaurants are eligible for music entertainment permits, Mr. Sendlenski said. “Some places have run afoul of this,” he said on Tuesday, some of them by holding events without obtaining a permit at all. “Places that do not have a bar, restaurant, or tavern would be able to use the special event permit process to hold an event to have music,” he said. Such establishments are ineligible for a music permit. Establishments seeking a music entertainment permit will have to provide a floor and seating plan including the location of the entertainment. These, Mr. Sendlenski said, are important for the fire marshal’s office with respect to public safety, “and to make sure the current plan isn’t being upset to allow for music.” The proposed revisions include the provision that music entertainment permits may be subject to a fee, and the board may establish or amend that amount. Music permits are now free; a proposed schedule sets a $100 fee starting next year. The proposed tightening of the rules governing issuance of music permits is likely to draw a contingent of performers to tonight’s hearing. Laraine Creegan, executive director of the Montauk Chamber of Commerce, sent an email to the chamber’s membership on Monday, exhorting them to voice any concerns at the meeting. “All who have had or will plan to have live music or any music in your business should attend” or send an email to the board if they cannot, she wrote. Nancy Atlas, a musician who lives in Montauk, complained about the proposed amendments at the board’s March 12 meeting at the Montauk Firehouse. Her weekly performances at the Surf Lodge, whose owners were charged with 686 violations of town code in 2011 and, in 2017, agreed with the town to restrictions on live music and occupancy, are jeopardized by the proposed legislation, she said.  “I’d like to see musicians, artists respected and [see it] understood that they bring in an enormous amount of culture and tourism,” Ms. Atlas told the board. “Personally,” she added, “I feel completely and utterly disrespected in this town.” She referred to her annual winter residency at Bay Street Theater in Sag Harbor and the economic boost it provides to nearby businesses including hotels and restaurants. “I ask you this week to consider the side effects,” she said. “Don’t throw out income that helps me survive here and pay my $10,000 in taxes every year. Start respecting what artists and music bring to this town.”