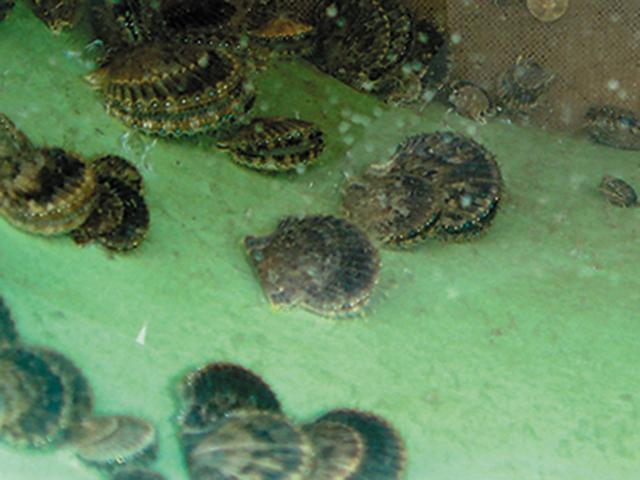 A plan to relocate East Hampton Town’s shellfish hatchery that envisions a combined educational center and exemplar of environmentalism and sustainability was unveiled at Town Hall on Tuesday, as a proposal to consolidate the hatchery and nursery at one site moved closer to fruition. The Gann Road Environmental Education and Nature Center, or GREEN Center, would be housed at 36 Gann Road on Three Mile Harbor, a 1.1-acre property the town purchased with $2.1 million from the community preservation fund last year. Conceptual plans, as illustrated by Councilman David Lys at the town board’s work session, call for solar panels and walkways, a low-nitrogen septic system, rainwater collection, rain garden, bioswales, a permeable reactive barrier, and permeable pavement on Gann Road to capture runoff before it enters the harbor. It would also house the shellfish hatchery, which seeds town waterways with millions of filter-feeding juvenile clams, oysters, and scallops, and for myriad reasons should be moved from its Fort Pond Bay, Montauk, site, said its director, John (Barley) Dunne. Along with the purchase of 36 Gann Road, which is contiguous to the town’s aquaculture nursery site, Marine Patrol headquarters, and the commercial dock, last year the town was awarded a $400,000 Empire State Development grant to expand and upgrade its shellfish hatchery. The town plans to allocate that grant toward design, permitting, and preliminary construction costs for the new facility, and then apply for further grant money to finance construction. The town must match 10 percent of the project’s estimated $2.65 million cost. The oceanic waters of Fort Pond Bay, significantly colder than inner bay waters and lacking the nutrients shellfish need to grow, are unsuitable for a nursery, Mr. Dunne said, hence the nursery’s 1998 move to Three Mile Harbor. “It works as a hatchery,” Mr. Dunne said of the Montauk location, “because we supplement the hatchery stage with food.” Of the 30-minute travel time between the hatchery and nursery, “off the bat that’s over 12 percent of your day gone,” he said. “That transport between the hatchery and nursery stresses juvenile shellfish. Not only are they being put into bucket or cooler and driven half an hour, we’ve got different temperatures, salinity, pH, everything.” Some 45 percent of the juvenile scallops can be lost, representing 5.2 million fewer gallons of water filtered every day, were all of those scallops to reach maturity, he said. Consolidating the hatchery and nursery would eliminate that condition and reduce costs and inefficiencies, he told the board, and a hatchery more centrally located in the town would enhance educational opportunities. “We think there’s innumerable benefits,” he said.  The town has until April 1 to formally accept the grant. Assuming that it does, design of a new hatchery would begin based on current needs and technology and using current equipment. The 2,500-square-foot house on the property would be converted to offices and an educational center, and the driveway might be changed from the Babes Lane access to Gann Road, Mr. Lys said. Classrooms and meeting space for the town’s water quality technical advisory committee and the Springs Citizens Advisory Committee could be housed at the site, Mr. Lys said, and volunteer training for water quality-related projects, septic-system informational events, and partnerships with local environmental groups were also envisioned. Construction could begin sometime next year, Mr. Lys said. Supervisor Peter Van Scoyoc called the grant “a $400,000 jumpstart” to further the concept of consolidating the shellfish hatchery and nursery, one that puts the town in a better position to receive additional grants. “Sustainability, improving energy efficiency, using renewables, treating stormwater runoff, public education — a myriad of cases strengthens our position for grant funding.”Long Island was once a primary producer of shellfish, which in addition to filtering water create habitat for other species and increase biodiversity on bottomlands. Overharvesting and development on land led to depletion, and algal blooms in the mid-1980s devastated local shellfish populations along with eelgrass, which provides critical habitat. The shellfish hatchery was established in response, and a 1987 grant from Gov. Mario Cuomo allowed the former Navy building on Fort Pond Bay to be converted to a hatchery. Three decades later, the state, under Mr. Cuomo’s son Gov. Andrew Cuomo, provided the grant allowing its upgrade.