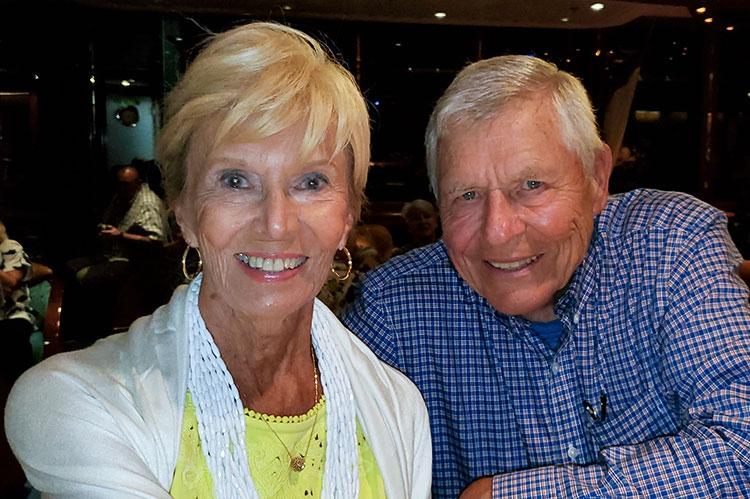 Dr. Marshall has been a resident of East Hampton for nearly 40 years. He was educated at Rutgers, City College of New York, Columbia University, and the State University at Buffalo, where he earned a Ph.D. in clinical psychology. He was certified as a psychoanalyst at the Postgraduate Center for Mental Health and has taught at Hunter College, Adelphi University, and the Center for Modern Psychoanalytic Studies, where he is a supervising psychoanalyst. He has written two professional books and contributed more than 35 articles and chapters and is now in private practice supervising psychotherapists.

Both Dr. Marshall and Ms. Cooper-Menguy have been married previously. She has a daughter, Myla Pridgen of Morristown, N.J., a son, Kjell Purnel of Bradenton, Fla., and four grandchildren and two great-grandchildren. He has two daughters, Gabrielle Salomon, M.D., of Summit, N.J., and Annette Franey of East Hampton, three grandchildren, and one step-grandchild.

"Between us we have lived 177 years and have been married a total of 120 years, but we still persist," Dr. Marshall said.

The couple are spending the winter in Vero Beach, Fla., and will split their time between East Hampton and Manhattan upon their return. They have no immediate plans for a wedding.

Mashashimuet Park's History and Future
A Conference for Young People to Create Solutions
Get Outside, Get Moving
END_OF_DOCUMENT_TOKEN_TO_BE_REPLACED