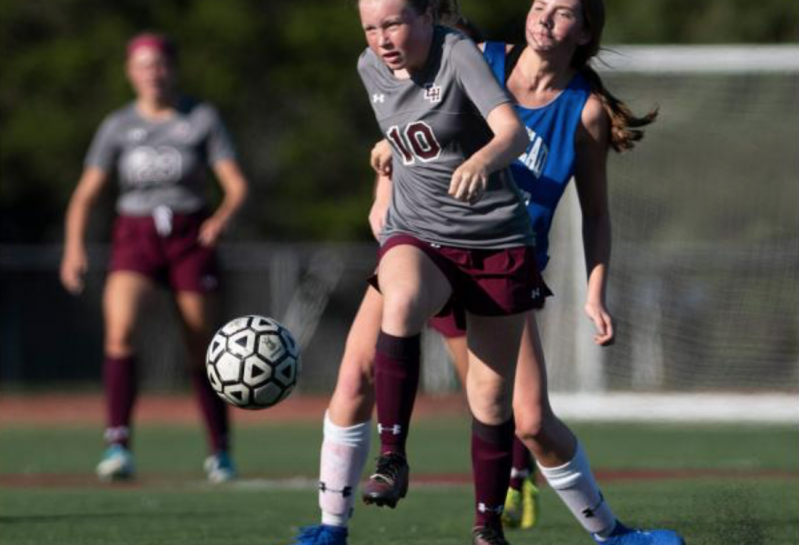 The start of interscholastic sports is being postponed until Jan. 4, 2021, instead of Sept. 21, according to an announcement Friday by Section XI, the organization that oversees high school and middle school athletics in Suffolk County.

The decision is in line with a similar one made by school and athletics officials in Nassau County earlier this month.

"I'm not surprised," Joe Vasile-Cozzo, the East Hampton School District athletic director, said on Friday. "I kind of feel like you could see the tea leaves and know it was coming. I was hopeful that we would play low-risk sports, but in reality, this was a decision made by people who feel that it was in the best interest of our kids and coaches."

"Health and safety is at the forefront of everything," said Eric Bramoff, the Sag Harbor School District athletic director. "I'm crushed emotionally right now. I can't even imagine what a 16 or 17-year-old child, especially a student-athlete, is going through right now. My heart goes out to all those young athletes, but from looking at it through the lens of where I sit now, taking the emotion out of it, I do think Section XI is making the right call."

Until Friday, when Section XI publicized news of the postponement, school sports were to have started on Sept. 21. Each "lower-risk" team, including tennis, soccer, swimming, golf, and cross-country, was to have an abbreviated season with 10 to 12 games each instead of 16 games. Football, cheerleading, and volleyball had not yet been given the green light, and now the light is red for all sports until January.

Vasile-Cozzo said the decision gives schools more time to "assess what's happening" and plan amid the Covid-19 pandemic. "If we can stay open and keep the kids in school and get to have the athletics experience at a later time, that's going to be important," he said.

Whether intramural sports can be played as extracurricular activities is a consideration districts will likely make in the future, Vasile-Cozzo and Bramoff said.

"We're going to concentrate on the task at hand, and that is opening schools. As we get used to existing in this world, and we get really good at it, then the topic of opening up extracurricular activities will certainly be raised," Bramoff said.

He added a message to all student-athletes, not just those in Sag Harbor: "It's not a matter of 'if,' it's a matter of 'when,' so let's be prepared to get back to playing sports."