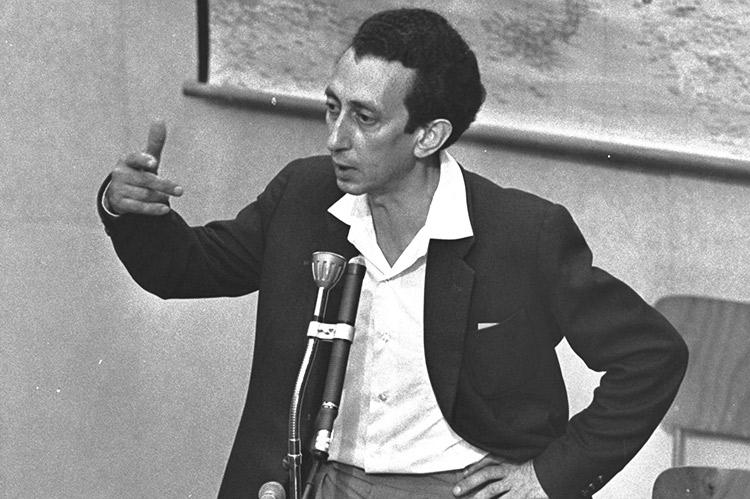 I have been giving a series of lectures based on my book “Holocaust Fighters: Boxers, Resisters, and Avengers.” Following the conclusion of my presentations, I have often been asked why so many Jews went like sheep to the slaughter during the Holocaust.

It’s a question that sets my teeth on edge, because it does not take into account how Jewish victims were fooled, cajoled, threatened. Extermination was unimaginable to many of them. It seemed too nightmarish, unbelievable. Yes, cruel deportations to labor or resettlement camps might have been expected following roundups, but not massive exterminations, not a genocide. Even the Nazis believed that there would have been riots and armed rebellions if the Jews thought that their extermination was the inevitable outcome of their transit to the camps.

Nevertheless, there were many perspicacious Jews, such as Abba Kovner, who understood the intentions of the Nazis. He attempted to convince his fellow Jews in Vilna, in central Europe, that the Nazis intended to kill all of them. Most Jews in Vilna refused to believe him. He issued a manifesto titled “Let us not go like lambs to the slaughter.”

Though many Jews did not believe Kovner’s warning, hundreds did. They banded together in an armed guerrilla force that committed acts of sabotage against the Nazis, their allies, and collaborators. They smuggled Jews out of the Vilna ghetto and smuggled arms into it. Alongside Russian partisans, they ambushed and killed Nazis in woods, fields, and forests. They bombed train tracks and secured weapons from disabled railroad cars.

After the Nazis surrendered in 1945, Kovner’s guerrillas, known as the Avengers (Nokmim or Nakam in Hebrew), hunted and executed 1,500 Nazi war criminals. But Kovner wasn’t the only one. Others fought against the Nazis in their own way.

As I wrote in my book, there were numerous Jewish boxers who symbolically fought against the Nazis in their boxing bouts in the concentration camps. They refused to be put to death. There were others, such as Rudolf Vrba and Alfred Wetzler, both of whom effected a daring escape from Auschwitz, killed several Nazis along the way, and ultimately wrote a report about the atrocities of Auschwitz. Their report was published in Switzerland and inspired massive demonstrations in that country, England, and America. It resulted in preventing 100,000 Hungarian Jews, mainly from Budapest, from being sent to Auschwitz.

Others evaded Nazi capture and survived as best they could, as did the parents of a friend of mine. They remained hidden in a Polish farmer’s barn for two years. The farmer not only kept them hidden, but well fed. When Nazis came to his farm, he made sure that his evaders were concealed in a shallow storage basement below the ground floor. Many others joined anti-Nazi fighters. Some were captured, tortured, and killed. Others died in fierce firefights.

Recently during one of my Zoom talks someone wrote in the chat box that a couple of the more notorious Nazi war criminals became devout Christians during the Nuremberg trials and asked for forgiveness for their crimes. The questioner asked, “Shouldn’t they be forgiven?”

I responded that the judges at the Nuremberg trials didn’t think it was relevant. The war criminals had committed horrendous crimes that could not be erased from history. There is no statute of limitations on murder. Numerous of the Nazi war criminals were sentenced to death, regardless of their recent conversions, which had no effect on their previous actions. Perhaps if they had converted prior to the Holocaust their religious faith may have been a barrier to committing murders. But who knows? Certainly many heinous crimes have been committed in the name of religion.

But when it came to forgiveness, the only ones who could forgive the murderers were those who had been gassed and incinerated, and they were not talking. Another person asked me if the outcome of the trials was justice or revenge. I said it didn’t matter because those who had committed acts of mass murder had given up their rights to be members of the human race. By actively participating in acts of genocide they had invited the judicial consequences that resulted in their deaths.

Jeffrey Sussman will speak about his book “Holocaust Fighters: Boxers, Resisters, and Avengers” at the John Jermain Memorial Library in Sag Harbor on May 1 at 2 p.m. He lives part time in East Hampton.