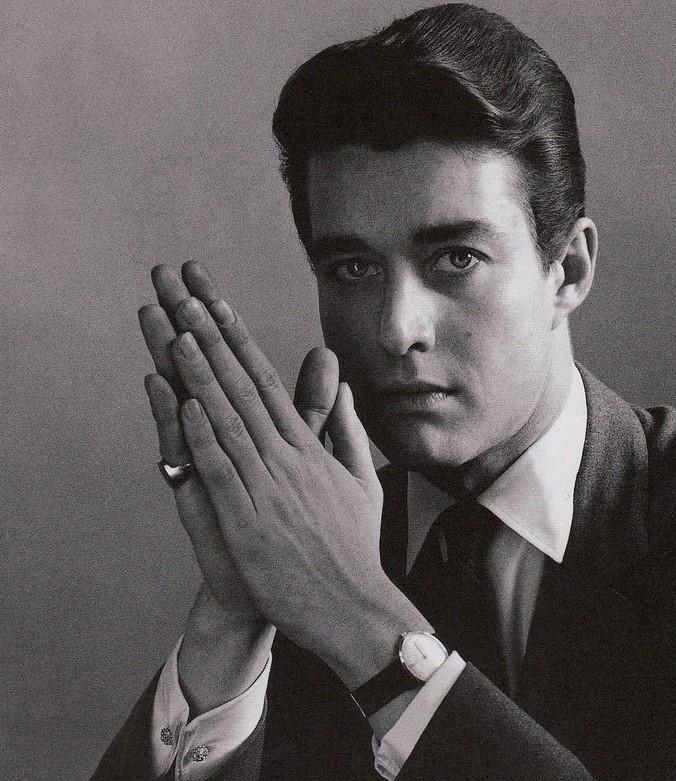 Near the end of “Halston,” the Netflix mini-series about the iconic designer who revolutionized American fashion during the 1970s, the executive assigned to manage the faltering Halston brand scolded “H” for his epic coke use. “If you could just get back to normal, we could get this place humming,” Carl Epstein said in exasperation.

“Normal?” Halston inquired with elegant disdain. “What is normal? Are you normal, Carl?”

Like Halston, many New Yorkers partied their way through the notoriously wild era of sex, drugs, and all-night revelry that characterized the late 1970s and early ’80s. Although the things we did after dark were certainly exhilarating, a lot of them were neither strictly legal nor what anyone would call “normal,” at least by the traditional standards of what people who have to get up in the morning and go to work are supposed to be doing at 3 a.m.

In the five-part Netflix series, Ewan McGregor starred as Halston, who grew up as Roy Frowick in Iowa before becoming the hatmaker who designed Jacqueline Kennedy’s celebrated pillbox hat. By the time he became an international sensation, he had shrewdly rebranded himself — long before the concept of branding was enshrined as the centerpiece of every marketing strategy — as a regal, imperious, and yet oddly mysterious figure named Halston.

Even for those of us who knew him, H was the very definition of a larger-than-life character. McGregor’s portrayal left me initially unconvinced; my first reaction was, “Ewan, I knew Halston, and you’re no Halston.” But the Scottish actor succeeded in persuading me, and by the end of the second episode I felt he had captured the essence of a man who helped to redefine the zeitgeist half a century ago and remains a compelling icon to this day.

By chance, the release of the mini-series coincided with my own task of clearing out and selling a house my family has owned in Philadelphia for close to 80 years. A couple of weeks ago, while excavating the contents of an old bureau, I discovered a letter I’d written to a friend in Europe in early 1978. I’m glad I never found a stamp to send it, because the letter — handwritten on tissue-thin airmail stationery — contains my own firsthand account of a very busy Friday night when Halston played a starring role.

On that evening, my date was Lucie Arnaz, and the cast of characters included Liza Minnelli, Bianca Jagger, Diana Vreeland, and Victor Hugo, with supporting roles played by Steve Rubell, Jack Haley, the nightclub owner Regine (who liked to call herself Queen of the Night), the tennis immortals Bjorn Borg, Jimmy Connors, and Ilie Nastase, and the stage legend Mary Martin.

At the time, I was the host of a daily television talk show called “Midday Live,” but I was writing to a European, so my blow-by-blow account of that evening was tailored to the understanding of a foreigner who didn’t necessarily share every nuance of popular culture in America.

“It all started when a limo pulled up in front of my place and we headed off to see the new play ‘Do You Turn Somersaults?’ starring Mary Martin and Anthony Quayle,” I wrote. “It ends very powerfully. It was a preview performance and it opens this week. Afterward, my group went backstage and we had much fun talking to Mary Martin, who is one of the big stars of the theater — ‘South Pacific,’ ‘Peter Pan,’ etc. I was the guest of Barry Landau and Diana Vreeland, and with Lucie Arnaz (daughter of ‘I Love Lucy’), who is doing the ‘Midday’ shows from Bloomingdale’s with me. Anyway, Barry and Diana wanted to go to a party for Bianca Jagger thrown by artist Victor Hugo (no relation to the literary one) in his studio loft downtown.”

“We pulled up outside the place, and since it was a little early, 75-year-old Diana Vreeland (a big deal here at the Metropolitan Museum) wanted to have a cigarette so we sat in the car. I pulled out a joint, and before I knew it this very old lady (Diana) next to me was getting mighty high. She is an original.”

“After about five minutes, a gigantic white 1930s Rolls-Royce limo pulls up behind us and Halston, Bianca (dressed like a princess), and some guy get out. They are dressed completely in white. They get in our limo, and Halston convinces Vreeland that we all must enter together. So the seven of us ascend an elevator — by coincidence our party was dressed entirely in black, so it was quite a visual mixture. The loft was filled with art types, semi-big names in fashion, and a large measure of what some call New York’s beautiful people. (It’s a very affected group — but not dull — and visually a great look.) Anyway, Halston wanted to stage a big entrance, and I heard him say to Bianca, ‘Let’s give them the thrill of their lives!’ This cracked me up so much I had to grab the wall for a moment to stop from falling down laughing on the way in.”

“Our jovial host, Victor Hugo, was wearing a straitjacket — the kind they use to strap down crazy people and criminals. There was a woman walking around dressed as a deer, etc., etc.”

“After an hour we all left for Reginette, a new place Regine just opened. There we joined Liza Minnelli, Jack Haley Jr., and some tennis players. At the party, Bianca and Halston had an argument, and pouting and sulking Bianca wouldn’t ride in his car, so she got in with us carrying red and white balloons (for the photographers), and she passed out asleep on the way to Studio 54, where she quickly revived to make an entrance.”

“Steve Rubell sat our party, which now included Liza and Jack, on a special platform cushion at the end of the room. Our group was given our own seven-feet, 325-pound bodyguard so no one would bother us, and waiters came around with champagne and every kind of illegal drug. It was all so crazy.”

“Liza made Bianca and Halston make up, the tennis players, Borg, Connors, Nastase, seemed really high, Diana Vreeland fell asleep with her head two feet away from one of the speakers.”

In the years since then, more than a few wags have suggested that no one who really experienced the 1970s actually remembers the 1970s, given the popularity of mood enhancers that ranged from coke and pot to poppers and Quaaludes. But there’s nothing like a time capsule to awaken old memories, and my unmailed letter elicited a flood of recollections.

Halston gave my mother a lovely beige Ultrasuede suit for Christmas. Diana Vreeland — the longtime editor in chief of Vogue magazine and consultant to the Costume Institute of the Metropolitan Museum of Art — later told me that night was the first time she ever smoked pot. Bianca Jagger subsequently asked me to escort her to a Rolling Stones concert at Madison Square Garden, where her ex-husband, Mick Jagger, thoughtfully gave us excellent seats. But he used our position to mischievous advantage: While he was singing “Time Is on My Side,” he kept sticking out his serpent-like tongue at his ex-wife. The image haunts me still.

Vreeland died in 1989, and Halston succumbed to AIDS in 1990, but other relationships have endured. Lucie Arnaz, who invited me to her family’s house in Beverly Hills to meet her mother, Lucille Ball, remains a cherished friend; before the pandemic shut down travel in early 2020, my last trip was a flight to Palm Springs for a visit with Lucie and her husband of more than four decades, the actor Laurence Luckinbill.

Over the years, our sense of “What is normal?” has evolved with advancing age as well as changing times. The New York of the 1970s was just recovering from a devastating fiscal crisis, and since then it has suffered periodic cataclysms ranging from the 9/11 terrorist attacks to the pandemic that sent us all into lockdown last year.

But even a global plague has failed to keep the lights off. These days, as the great city springs back to life, my nightly rounds of socializing have resumed, and the millennials and Gen Z are already celebrating like there’s no tomorrow.

Far be it from me to tell anyone else how to party. All I can say is: It’s a good idea to take notes. Someday you’ll be glad you did.

Bill Boggs’s latest book is “The Adventures of Spike the Wonder Dog.” He lives in East Hampton.