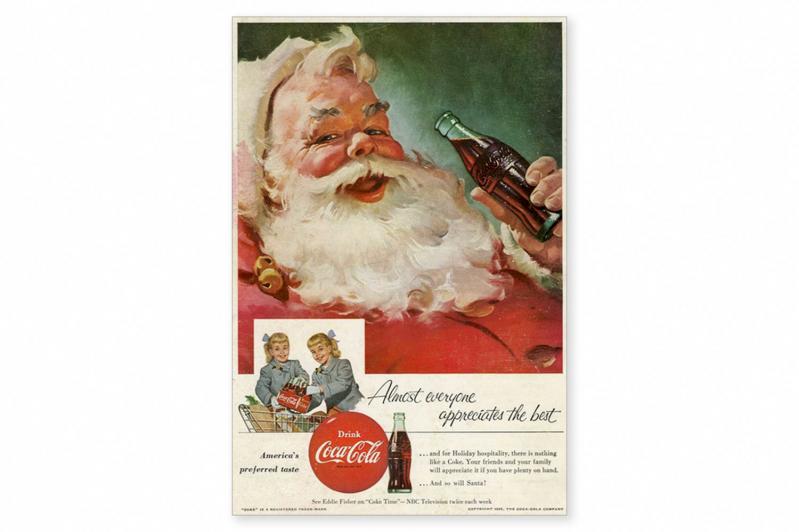 X marks the date of the festival of giving and getting things — the annual celebration of materialism and paean to saint Santa Claus (invented in his current incarnation by the Coca-Cola company in the 1930s) and his bags of gifts.

It also marks the turn of the winter solstice in the Northern Hemisphere, the day on which the old year dies and daylight begins again to increase for 68 percent of the world's land mass, bringing hope of renewed life.

This celebration, which has roots in prehistoric times, was adopted and adapted by Christianity as the birth of Jesus (whose historical birthdate is unknown) and who was said to have been born to bring new light into the world. This latter connection between pre and post-Christian tradition has metaphysical continuity. But how did modern civilization make the transition from spirit to matter — from direct opposites — in marking this day?

The progenitor of Santa Claus was Saint Nicholas of Myra, a 4th-century Greek Christian who was known for his generous gifts to the poor (nota bene). Apparently, Martin Luther suggested giving gifts to children so that they would associate them with Christ, and from there we get the English Father Christmas and the Dutch Sinterklaas.

Jollity was added by the popular 1823 poem "A Visit From St. Nicholas" by Clement Clark Moore: "He had a broad face and a little round belly / that shook when he laughed, like a bowl full of jelly. / He was chubby and plump, a right jolly old elf. . . ." In 1881, the cartoonist Thomas Nast drew a fat, white-bearded man with a pipe and an armload of toys. Take it away, Coke!

When I was a child in South America, gift-giving took place on Jan. 6, when we left our shoes outside the door so that the Magi could leave us presents. Of course, it was the summer solstice there, so the gifts — always modest even for rich kids — were usually beach toys.

Thus, the new year celebration was divided between the religious 25th and the more secular 6th. I read that the Magi are mentioned only by the Apostle Matthew, and their number is unknown. Their gifts indeed represented the valuable and exotic of early Christian times, treasures from the East via the silk route: Gold speaks for itself; frankincense, from a tree in India called Boswellia, is a fixative in perfume; myrrh, also of Eastern plant origin, had among its uses embalming, and when mixed with wine, an aphrodisiac. Ho-ho-ho!

These days, even before the turkey leftovers have been consumed, our environment blinks day and night with red, white, and green lights on anything that does not move; Bing Crosby comes back to life in every shopping center caroling "White Christmas," and Rudolph's nose begins to glow at the head of his team so as to ensure that "neither snow nor rain nor heat nor gloom of night stays these couriers from the swift completion of their appointed rounds."

Of course, some people still celebrate Christ Mass by attending church at midnight on the 24th. For many, it is their only formal worship of the year, but still, a night worth remembering.

One more thought before I wish you all a Merry Christmas. In England, the day after Christmas is celebrated as Boxing Day, a custom mentioned by Samuel Pepys in his 1663 diary, according to which the well-to-do gave their servants the day off and boxes containing gifts and bonuses, and sometimes leftovers from the Christmas groaning board were taken to the poor. This laudable custom has now been turned into a shopping day for bargains and the return of unwanted gifts.

Ana Daniel has been a Wall Street consultant and taught at Southampton College. She lives in Bridgehampton.