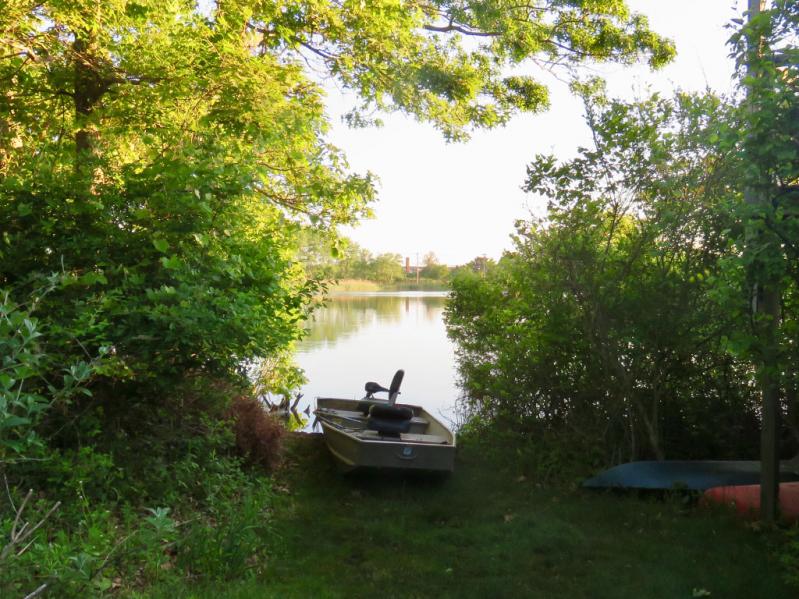 Fort Pond as seen in the spring of 2019.
Jane Bimson
By Christopher Walsh

Bacteria levels in water bodies surveyed by the Concerned Citizens of Montauk were generally low this week, likely owing to limited rainfall. But eight of 24 sites surveyed in Montauk, Amagansett, Springs, and East Hampton showed medium or high levels of enterococcus.

A sample equal to or greater than 104 entero colony-forming units per 100 milliliters, or cfu, is considered unsafe for swimming, and often follows heavy rains, extreme high tides, and/or warm water temperatures.

At the East Creek at Lake Montauk, an entero level of 2,014 cfu was measured, by far the highest measurement this week. “The tide was quite low at East Creek, which was stagnant and not being flushed,” said Kate Rossi-Snook of C.C.O.M. The West Creek at Lake Montauk was measured at 41 cfu, classified as a medium bacteria level. Enterococcus was not detected at any other sites in the lake.

Tuthill Pond, also in Montauk, saw a high sample at 355 cfu. “There were multiple geese and swans swimming in Tuthill Pond during sampling,” Ms. Rossi-Snook said. Just 10 cfu were measured at Fort Pond by Industrial Road, and the same level was found in Fort Pond Bay at Tuthill Road. “The east side of Napeague Harbor had high bacteria for the second week in a row, which is very curious,” Ms. Rossi-Snook said. The enterococcus level there was 187 cfu.

A cyanobacteria bloom that was detected in Fort Pond in August “appears to be on the decline,” Ms. Rossi-Snook said. “We will continue to test weekly to make sure we don’t see a second wave, but for now the bloom has ended.”